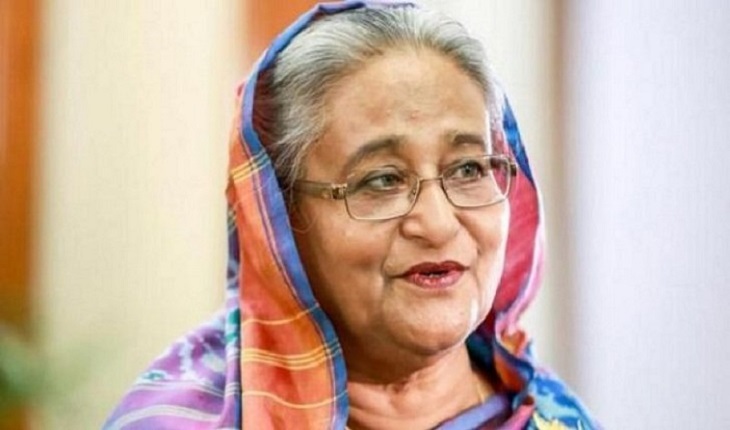 Prime Minister Sheikh Hasina was included in Forbes 2020 list of the world's 100 most influential women.

On the list released by the journal, the premier is ranked 39th.

Sheikh Hasina, Bangladesh's longest-serving prime minister, is currently serving her fourth term, which is also her third consecutive term, after her Bangladesh Awami League party won 288 out of 300 seats in parliament in the 11th national parliamentary election in 2018.

Forbes wrote that in the current term, Hasina is focused on topics such as food security and access to education and healthcare. "Hasina's ongoing struggle has been to establish a solid democracy in Bangladesh."

The women selected from 30 countries on the 17th annual power list were born through four generations, including 10 heads of state, 38 CEOs and five entertainers.

"But they are united in the ways they have used their platforms to address the unique challenges of 2020, where they differ in age, nationality and job description," Forbes said.

For the tenth year in a row, German Chancellor Angela Merkel won the No. 1 spot, with European Central Bank head Christine Lagarde coming second for the second year in a row.

For the first time, US Vice President-elect Kamala Harris made the list — debuting in the No. 3 spot. Forbes said she was "rapid ascension in US politics" into the list by her "catapulted"

In particular, some of this year's Power Women won global applause for their successful responses to Covid-19: by introducing strict lockdown and quarantine procedures, New Zealand Prime Minister Jacinda Ardern (No. 32) defeated the first and second wave of a virus in her country.

In January, Taiwan's President Tsai Ing-wen (No. 37) launched a robust contact-tracing program, resulting in the loss of only seven people to the virus to date on the island of 23 million people.

The 17 newcomers on this year's list show that women are leading all facets of a world changed by a global pandemic. New UPS CEO Carol Tomé (No. 11) and Clorox head Linda Rendle (No. 87) are responsible for helping to deliver vital services that have kept Americans linked and safe, while Karen Lynch (No. 38), CVS Health executive vice president and incoming CEO, leads the massive COVID testing program of the pharmaceutical giant and will be responsible for the crucial handling of COVID vaccines in 2021.