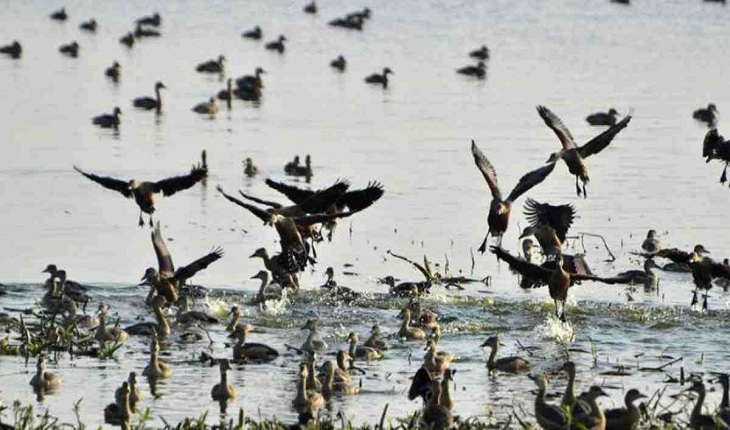 A cycle rally was held in Magura's Mohammadpur upazila on Friday to raise awareness among people to stop hunting of migratory birds in winter.

Bangladesh is a winter home for migratory birds from Siberia, China, Mongolia and the Himalayas. These birds come to the country for food, breeding and nesting.

Harekrishna Odhikari, assistant commissioner (land) of Mohammadpur upazila, was present as the chief guest at the rally, organised by the Nahatta Union Development Society.

“We are taking steps to end illegal hunting of migratory birds during the winter season. A list of those involved in migratory bird hunting has been prepared and action will be initiated against the offenders soon," he said.