Bangladesh asks Pakistan to apologise for genocide in 1971 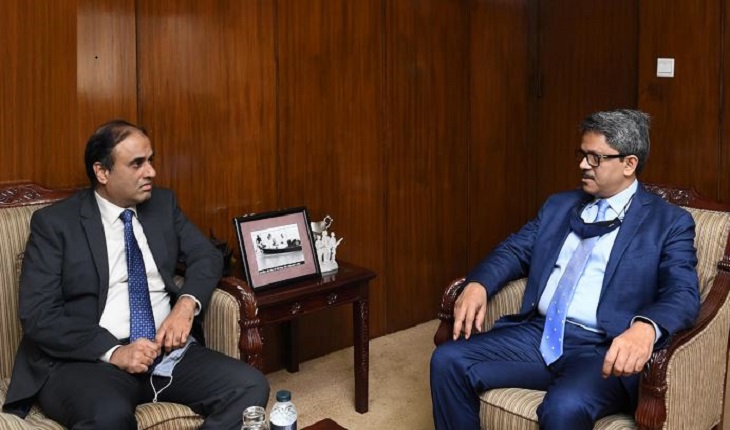 Dhaka asked Islamabad to apologize for acts of genocide committed during the 1971 Bangladesh Liberation War, which lasted for nine months.

Minister of State for Foreign Affairs, Md. Shahriar Alam raised the issue when Imran Ahmed Siddiqui, the newly appointed High Commissioner of Pakistan to Bangladesh, made a courtesy call to him at the Foreign Ministry on Thursday (Jan 7).

During the meeting, the Minister of State reiterated the importance of resolving Pakistan's unresolved bilateral problems, including offering Pakistan's official apology for the genocide committed in the 1971 Bangladesh Liberation War.

He also tried to complete the repatriation of Pakistanis stranded in Bangladesh and to address the problem of wealth distribution.

The Minister of State warmly welcomed the High Commissioner and emphasized that strengthening relations with all neighboring countries was the government's foreign policy priority, the Foreign Ministry said in a press release.

"We look forward to engaging with Pakistan in keeping with that spirit," Shahriar Alam said.

He also urged Pakistan to grant access to more Bangladeshi products by utilizing the existing SAFTA provisions, relaxing the negative list and removing trade barriers. The current balance of trade tilts toward Pakistan.

High Commissioner Siddiqui conveyed to the Minister of State the very best wishes of the people and the Government of Pakistan and said he would give due care to the development of bilateral relations in all possible areas of cooperation.

According to the Foreign Ministry's statement, both sides decided on the need to conduct the long-pending Foreign Office Consultations, which were last held in 2010.

During his tenure in Dhaka, the state minister assured the High Commissioner of all cooperation and assistance.