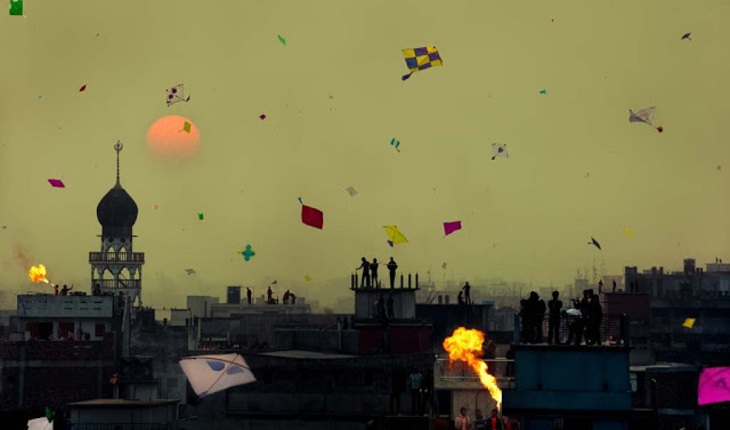 The festival was held simultaneously in 75 wards of the Dhaka South City Corporation at the initiative of the Standing Committee on Sports and Cultural Affairs of the corporation.

On the occasion, DSCC Mayor said the boys and girls of the city are enjoying and celebrating by participating in the ‘Shakrain Festival’ at the rooftop of each building of the city.

“Cultivating native culture and heritage is the core identity of a nation or a country. By organizing and celebrating such cultural event, we will spread our culture, tradition and heritage among the new generation along with eradicating the communal forces from the country”, he said.

From now on, every year the festival will be organised even in large scale by the city corporation, the mayor added.