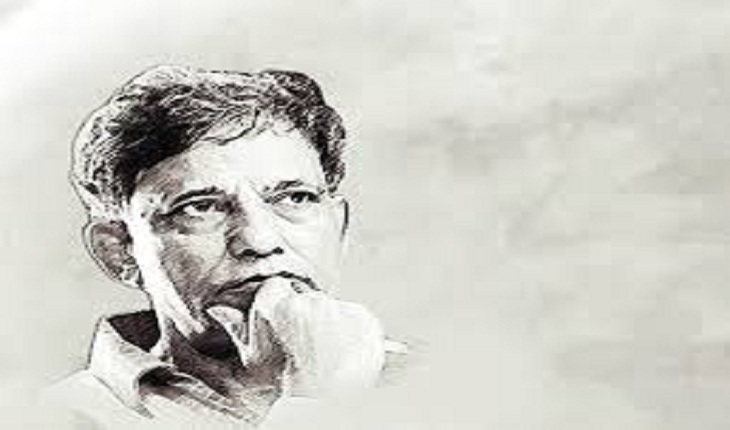 The 13th death anniversary of legendary dramatist Selim Al Deen, who played a pivotal role in Bangladesh's theatre movement, was observed in Dhaka on Thursday.

The ‘Natyacharya’, who mesmerised audiences with his works for over three decades and also founded the drama and dramatics department of Jahangirnagar University (JU), died on January 14, 2008, in Dhaka at the age of 58.

The varsity's drama and dramatics department, theatre troupe Swapnadal and other cultural organisations arranged several programmes to commemorate the life and works of the eminent playwright.

Teachers and students of the university, led by the drama and dramatics department's chairman Soma Mumtaz, brought out a procession in the morning that ended at Al Deen’s grave, where they placed floral wreaths.

Eminent theatre activist and Dhaka DocLab chairperson Nasiruddin Yousuff and theatre troupe Swapnadal founder and chief secretary Zahid Repon were among others who took part in the procession.

Nasiruddin Yousuff inaugurated the exhibition in the morning and presented the keynote paper at the seminar, which was presided over by Professor Afsar Ahmed. Later in the evening, the drama and dramatics department virtually performed Al Deen’s play 'Hargaj', which was streamed live on its Facebook page.

A live discussion was streamed live from Swapnadal’s founder Zahid Repon’s Facebook page around 7 pm on Thursday, where Zahid Repon presented the keynote paper. The drama troupe has, in fact, organised a two-day festival in a hybrid format.

A special presentation of Al Deen’s play Hargaj, directed by Zahid Repon, was streamed at 7.30 pm on the YouTube channel, Rishra Durayan JTF. Swapnadal will stage the play on Friday evening at the Experimental Theatre Hall of Bangladesh Shilpakala Academy.