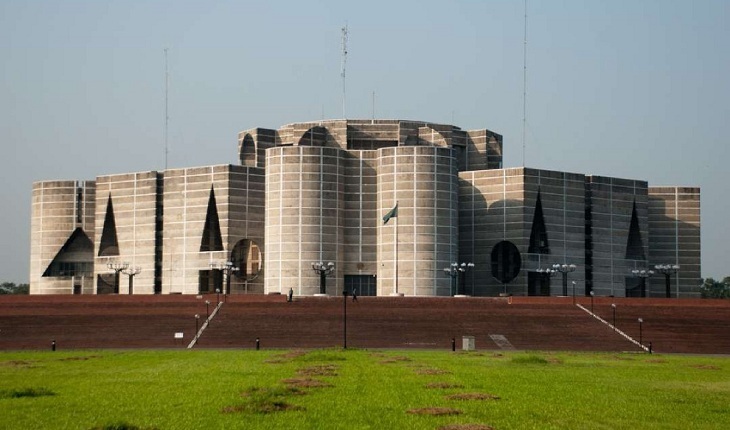 Lawmakers today said Prime Minister Sheikh Hasina has now set an instance to the world leaders for her outstanding development which had been taken place for the last one decade.

“Bangladesh now a role model of development and Prime Minister Sheikh Hasina has been able to set an example to the world leaders for her development achieved in the country since 2009,” said Shaimum Sarwar Komol MP of Cox’s Bazar-3 while taking part in the general discussion on a thanksgiving motion on the President’s speech in the House

Taking the development and progress of the country into account, the treasury bench lawmaker said the world leaders including former US president Barack Obama has suggested the leaders of the poverty-ridden African countries for taking instance from Bangladesh on how to make the country a progressive one. Even the lawmaker also said Pakistani Prime Minister Imran Khan also told his policy makers to pursue the development occurred in Bangladesh under the leadership of Prime Minister Sheikh Hasina.

Lauding the housing facilities for the poor, Mahmud US Samad Chowdhury MP said the government led by Prime Minister Sheikh Hasina has taken initiative to provide housing facilities for the poor people throughout the country. “Already more than 70,000 poor people have been rehabilitated to their own houses constructed and financed by the government,” said the lawmaker of Sylhet-3.

Shirin also lawmaker of Feni-1 told the parliament that the country will be a medium income one by 2024 through maintaining progress in all indices. The lawmakers thanked President Abdul Hamid for elaborating the development and progress of the country which have been taken place during the tenure of the present government.

The lawmakers also thanked the President for giving a timely speech highlighting the successful stories of the government and guiding the nation towards peace, progress and prosperity.

Earlier, they paid a rich tribute to Father of the Nation Bangabandhu Sheikh Mujibur Rahman for his contribution to establishing an independent Bangladesh.