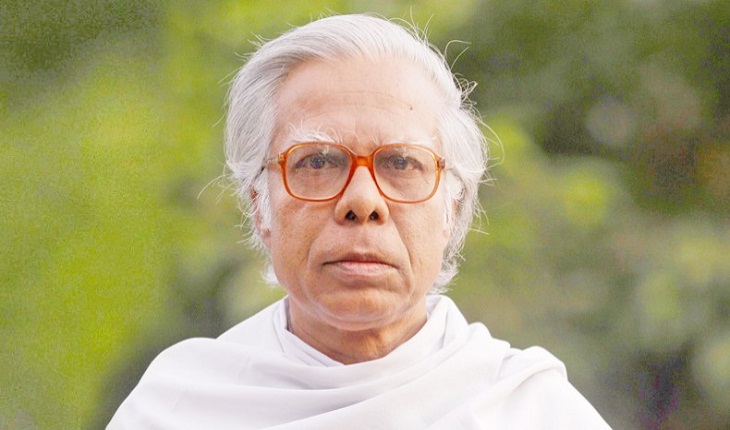 Journalist, researcher, and civil society figure Syed Abul Maksud died here following a sudden illness at a hospital in the capital this evening. He was 74.

Family sources said Maksud, more known as a columnist and civil society leader, suddenly fell ill at his Dhanmondi residence in the afternoon prompting family members to rush him to Dhaka’s Square Hospital where the doctors declared him dead.

“He complained of breathing problems . . . we took him to the hospital where he was declared dead,” his banker son Syed Nasif Masud said.

Maksud hailed from Manikganj and on the conclusion of education, he began his career as a government information official ahead of making his debut in journalism, joining the now-defunct Bangladesh Press International (BPI).

He joined the national news agency Bangladesh Sangbad Sangstha (BSS) after the merger of BPI with state-owned BSS in the mid-1970s.

A left-leaning Maksud quit BSS in 2004 to be a freelancer and began to wear monk-like white robes as a protest following the US invasion of Iraq. He briefly served as the founding Editor of Chattogram based on the Dainik Suprobhat Bangladesh.

Maksud left behind his wife, a son a daughter, and a host of admirers to mourn his death. He authored numerous research works on the political history of the Indian sub-continent and then East Pakistan and known for his extensive studies on Mahatma Gandhi and Maulana Abdul Hamid Khan Bhashani.

In a recent period, he appeared as a major campaigner for road safety.