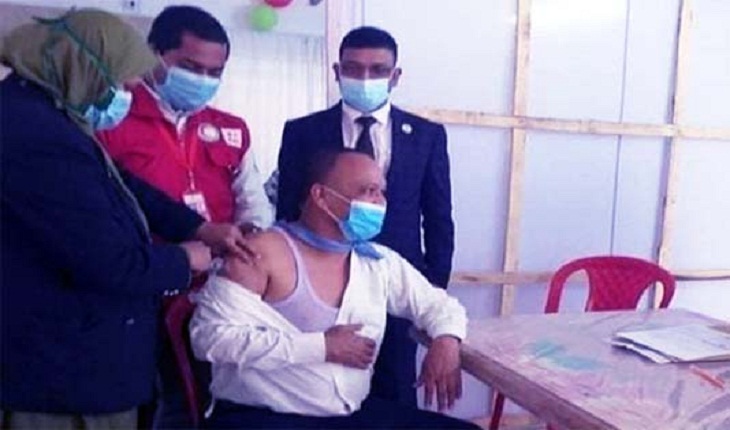 Despite rapid vaccine rollout in different countries, more than 123 million people have been infected with Covid-19 on Monday, according to the Johns Hopkins University (JHU).

Amid a worrying surge in Covid-19 infections, Bangladesh recorded 22 more deaths and 2,172 new cases in the last 24 hours until Sunday morning. The infection rate rose to 10.29 percent which was 09.39 percent a day earlier.

The latest figures have pushed the Covid-19 fatalities to 8,690 and the total infections to 570,878, according to a handout by the Directorate General of Health Services (DGHS).

The Covid-19 infection rate had come down to below 5 percent on January 19 last. It even fell below 3 percent but soared again on February 9.

Amid spike in infections, the government has taken a tougher stance to fight Covid-19 transmission. The Health Ministry sent letters to districts, directing the officials concerned to impose fines on people flouting Covid protocols.

By Sunday, 4,840,969 people received the first dose of the Oxford-AstraZeneca vaccine. The second dose has to be taken between 8 and 12 weeks of the first one.

The government is providing the vaccine for free. It signed an agreement with India's Serum Institute for acquiring 30 million doses.

Serum will provide five million doses every month between January and June. For now, 40 years aged or above can register for getting the jab at www.surokkha.gov.bd.

Health Minister Maleque said the age limit for getting the vaccine will be revised when more doses will be available in the country.