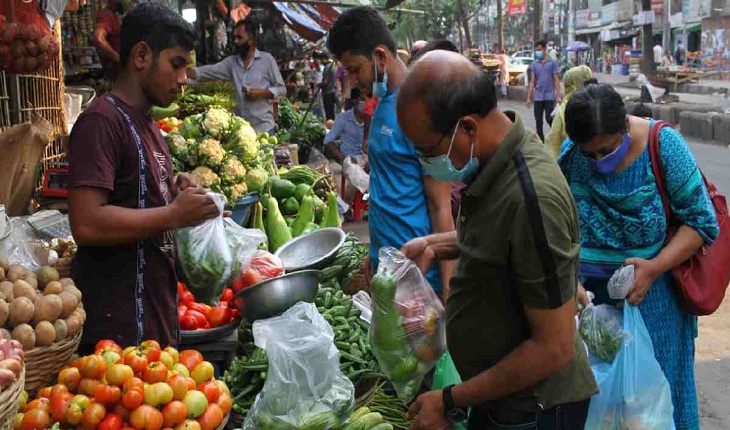 BNP raised serious concerns last Tuesday about the rising cost of everyday necessities, alleging that crooked "government-backed" syndicates are in control of the kitchen markets to make quick cash by deception.

“The prices of essentials are reduced during Ramadan in other Muslim countries. But in our country, the prices of goods go up during this time. Awami League-backed syndicates are controlling the market and raising the prices of goods through tricks,” said BNP secretary general Mirza Fakhrul Islam Alamgir.

Speaking at a press conference at BNP chairperson’s Gulshan office, he also bemoaned that the state-owned Trading Corporation of Bangladesh (TCB), has also increased the prices of commodities ahead of Ramadan. “It’s regrettable as people usually depend on TCB to buy goods at fair prices. A syndicate is also there.”

Fakhrul said the prices of essential commodities, including rice, soybean oil, sugar, and flour, have marked a sharp rise due to the government’s failure to monitor the market.

The BNP leader said there is no alternative to installing a pro-people government in the country removing the political stalemate to protect the human rights and interests of people.

“This government is least bothered about people’s welfare since they’ve no accountability. Under the circumstances, everyone must take part in the movement to establish a democratic and pro-people government under the leadership of the BNP,” he observed.

Fakhrul said the government provoked the Hefazat to engage in violence on the occasion of Independence Day as part of its move to climate the opposition. The BNP alleged that police have long been arresting their party’s leaders and activists at different parts of the country in different cases.

About the condition of their party chairperson Khaleda, Zia who tested positive for coronavirus, Fakhrul said she is doing well and receiving treatment from her personal physicians. He urged people to pray for the speedy recovery of their party chief.