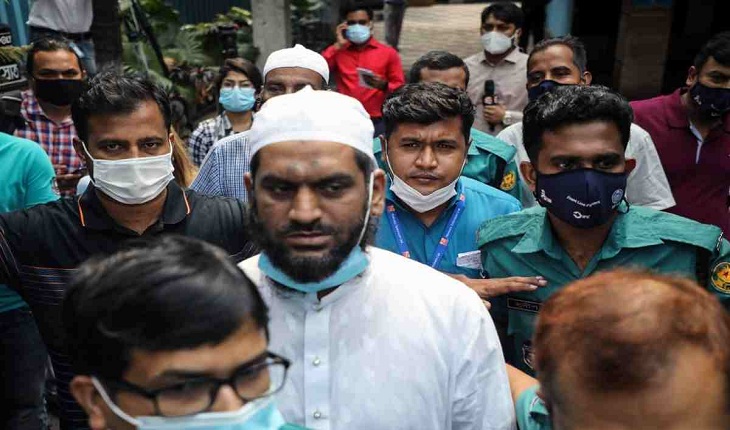 Joint secretary general of Hefazat-e-Islam Mamunul Haq was finally arrested from a madrasah in Dhaka’s Mohammadpur area on Sunday.

A joint team, comprising members of the police, Detective Branch and other forces, conducted a drive at Jamia Rahmania Madrasah at noon and arrested him, said Additional Deputy Commissioner of Police (Media) Iftekharul Islam.

At a press briefing, deputy commissioner of DMP Harunur Rashid said, “Mamunul was arrested in connection with a case filed over vandalism with Mohammadpur Police Station in 2020.” Besides, several cases were filed against Mamunul and he will be shown arrested in those cases, said the DC while briefing at his office on Sunday.

Mamunul Haque, who has been in the limelight due to some recent controversies, was held with a woman he claims to be his second wife from a resort in Sonargaon on April 3. Later, Hefazat leaders claimed that Mamunul went to the resort with his “second wife” where locals confined and harassed him before calling in the police.