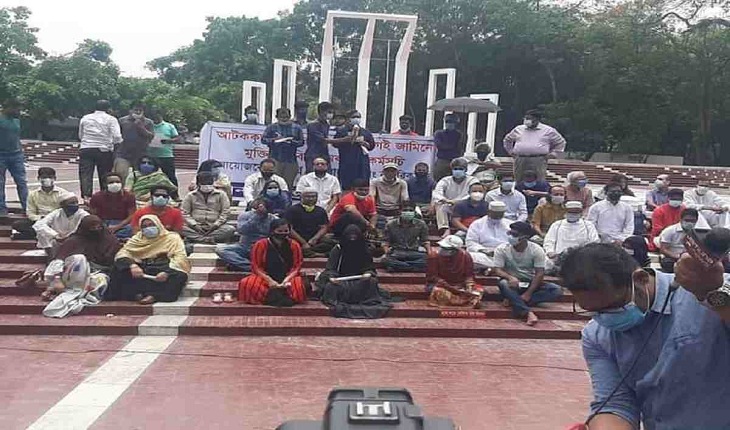 Parents, rights activists, teachers and eminent citizens, under the banner of "Udbigno Obhibhabok O Nagorik" (Concerned Guardians and Citizens) Monday demanded the immediate and unconditional release of anti-Modi protesters and student leaders across the country.

Around 50 parents and family members of arrested protesters staged a sit-in protest at the Central Shaheed Minar premises from 11am to 1pm today.

Nur, who demanded immediate release of student leaders, said: "Government arrested our leaders unjustly to intimidate us. Students, civil society, left-leaning organisations, and intellectuals – everyone protested Modi's visit peacefully but police attacked and arrested many of us."

"If you uphold Bangabandhu's ideology, you will free students' leaders immediately. We are ready to sacrifice our lives to meet our demand," he added.

Manna said, "Unnerved by the student leaders, the government arrested them. But why were they not granted bail? We demand the immediate unconditional release of all anti-Modi protesters."