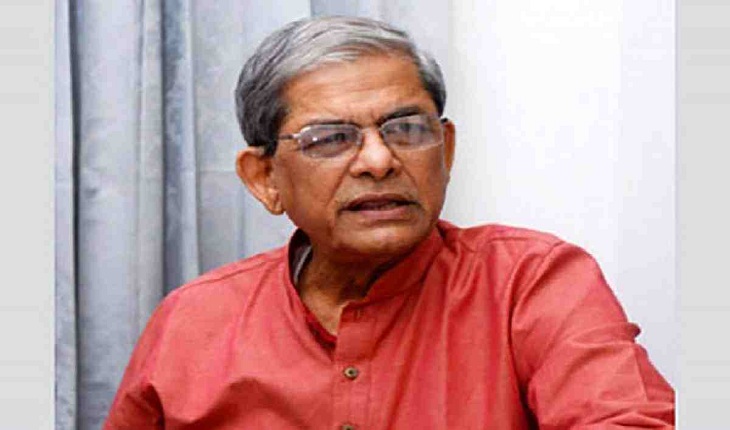 BNP Secretary General Mirza Fakhrul Islam Alamgir on Tuesday said though the lowly-paid workers and day-labourers have been the worst victims of the pandemic, the government has not yet made any specific allocation for them.

Speaking at a virtual discussion, he also alleged that pro-ruling party people are mainly taking benefits of the stimulus packages announced by the government for the pandemic victims.

“We’ve repeatedly said the government should help mainly those who live from hand to mouth and those who work in the informal and SME sectors during the corona period. Our poor brothers and sisters have been suffering most since the outbreak of the pandemic, but there’s no allocation for them in the packages announced by the government. There’s no specific allocation for them,” Fakhrul said.

He said their party proposed providing each affected worker with a one-time incentive of at least Tk 15,000 for three months, but the government did not pay heed to it. "Government officials and the cohorts of Awami League are taking away all the incentives that have been announced for owners.”

Fakhrul criticised the government for extending the lockdown without taking any step to mitigate the sufferings of the poor, workers and the day-labourers.

“The government has enforced the lockdown without taking any step for easing the sufferings of the day-labourers and other lowly-paid workers and the poor. They did it to make their political gains by carrying out crackdowns in the name of the lockdown.”

The BNP leader said the government has been arresting the leaders and activists of different Islamic and student organisations taking advantage of the lockdown. “They (govt) are arresting those who speak against them. The entire nation has become hostage to them.”

He urged the young generation and the workers to get united and play a leading role in a movement for establishing a pro-people government and people’s basic rights.

About the health condition of their party chairperson Khaleda Zia, Fakhrul said she was moved to the Coronary Care Unit (CCU) of the Evercare Hospital on Monday due to the shortness of breath. “She’s is still in the CCU, and she’s being given oxygen. Her condition is now stable,” he said.

Fakhrul said doctors are hopeful that Khaleda will recover soon.  He urged all to pray for her speedy recovery.

Khaleda, tested positive for Covid-19 for the second time on April 24, was admitted to Evercare Hospital on April 27 for a thorough health checkup.

On April 28, a 10-member medical board, headed by Prof Shahabuddin Talukder, was formed for the treatment of Khaleda at the Evercare Hospital a day after her admission there.

Khaleda Zia tested positive for Covid-19 on April 10 as eight people at her residence were infected with the virus. She underwent the second Covid-19 test on April 24 and her report was positive.