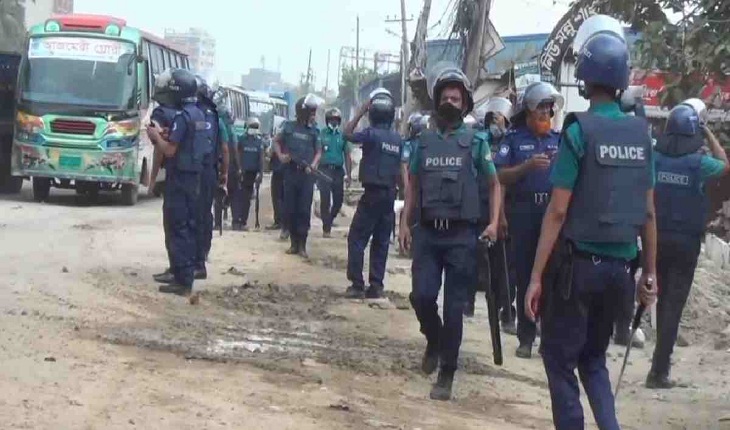 At least 20 workers were injured on Monday during a clash with police in Gazipur. They were demanding extended Eid-ul-Fitr holidays. Police said the injured were sent to nearby local hospitals and Dhaka Medical College Hospital.

Ha-meem group declared a six-day Eid holiday for the workers on Sunday. But the workers started agitating on Monday demanding a 10-day holiday. They later blocked the Dhaka-Mymensingh Highway, causing a massive gridlock on the road.

After about half an hour into the blockade, members of industrial police and metropolitan police went to the scene. The workers refused to move from the highway, leading to a running battle.

The agitators hurled brick chips at police and in response, the law enforcers fired rubber bullets and tear gas canisters to disperse the protesters.

Additional Superintendent of Gazipur Industrial Police Shushant Sarkar said the workers left the scene after the factory acceded to their demand for an extended holiday.