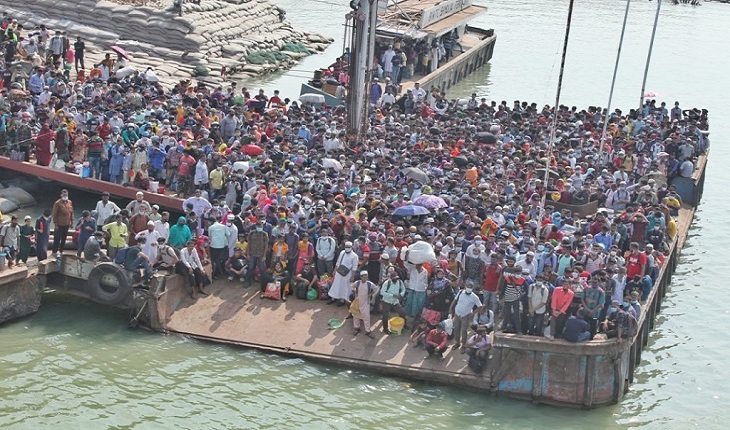 Six people were killed in a stampede on the way from Shimulia in Munshiganj to Banglabazar in Madaripur. At least more than 50 people have fallen ill in this incident. Officer-in-charge (OC) of Shibchar Police Station Miraj Hossain confirmed the incident.

The accident took place on Wednesday (May 12) on the way to Banglabazar from Shimulia on two ferries named Shah Paran and Enayetpuri.

Miraj Hossain said that a teenager named Anshar Madbar fell ill under the pressure of the passengers and died at the pontoon of the ferry when the Shah Paran Roro ferry was unloaded at ferry terminal number three. His home is in Kalika Prasad village of Naria upazila of Shariatpur.

On the other hand, Enayetpuri left for Banglabazar by ferry at half past noon. Some passengers were standing in the pontoon when the ferry left. They fell on the other passengers when it became steep while lifting the pontoon. At that time they died in the rush and heat.