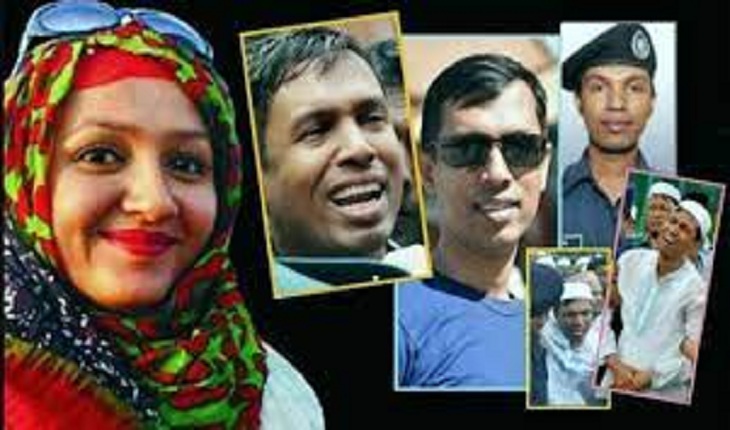 In the shocking murder of Mahmuda Khanam Mitu in Chittagong, her father  Mosharraf Hossain has filed a new murder case against six people, with her husband, former Superintendent of Police (SP) Babul Akter, as the main accused.

Abul Kashem Bhuiyan, Officer-in-charge (OC) of Panchlaish Police Station said,  Mitu's father Mosharraf Hossain had filed a murder case against Mitu's husband Babul Akter as the main accused in the murder. (Case number five.) Since a previous case is being investigated by the Police Bureau of Investigation (PBI), they will also look into this case.

According to Chittagong PBI sources, the final report of the case filed by Babul Akhter after Mitu's murder has been submitted to the court this morning. Babul Akhter was then shown arrested in the new case. He will be produced in court shortly. His remand may be requested for questioning in order to unravel the mystery of the case.

Mahmuda Khanam Mitu was hacked to death at the GEC intersection in Chittagong on the morning of June 5, 2016, after she went out to deliver her son to school. After the incident, the then Superintendent of Police Babul Akter filed a murder case against the unidentified persons at Panchlaish Police Station. In the case, he said, his wife may have been targeted for his anti-militant activities.