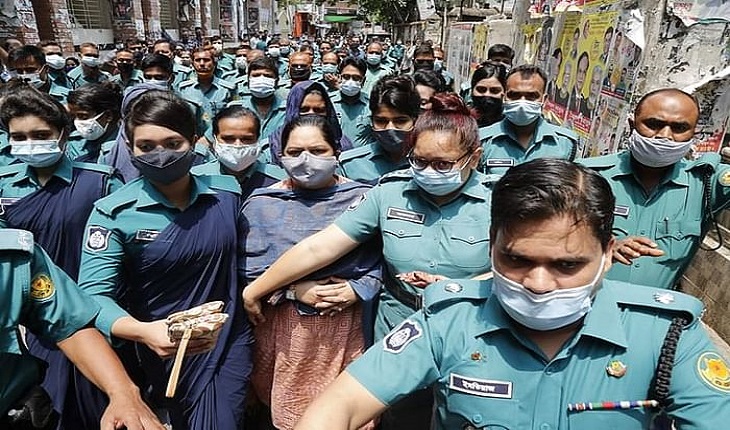 Rozina Islam, a journalist for Prothom Alo, has been sentenced to prison after a Dhaka court denied her remand request.

The next bail hearing is expected to be held on Thursday.

After presenting Rozina to Chief Metropolitan Magistrate Court at about 11:00 a.m. on Tuesday, police requested a five-day remand.

Rozina Islam was taken from the Shahbagh police station to the CMM court.

Rozina Islam, a senior reporter for Prothom Alo, was detained and abused at the health ministry for over five hours on Monday while performing her professional duties. She became ill at one stage. Later, she was taken to the Shahbagh police station, where she was charged with violating the Official Secrets Act. In this situation, she has been seen to be detained.

A large number of journalists gathered in front of the secretariat in the afternoon and then in front of the Shahbagh police station in the evening to protest the incident.