Bangladesh is the Vice-President of the UN General Assembly 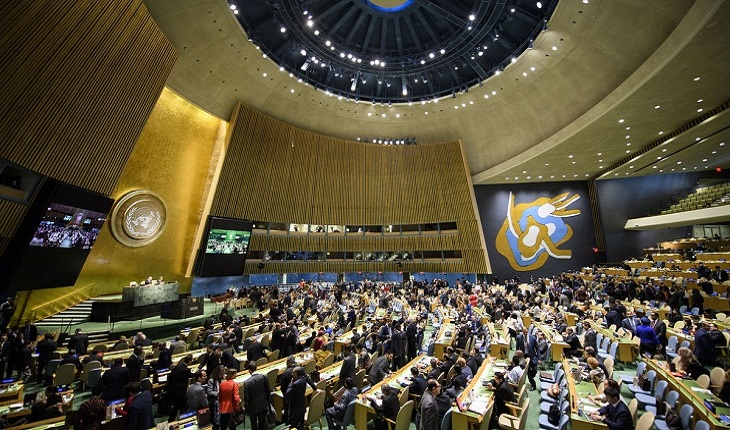 Bangladesh was unanimously elected from the Asia-Pacific region in New York, the USA on Monday (June 7).

According to a notification, this one-year term will start from September this year. Earlier, Bangladesh served as the Vice-Chairperson of the 71st General Assembly Session for the 2016-17 term.

In a response to the election victory, Bangladesh's Permanent Representative to the United Nations, Ambassador Rabab Fatima, said Bangladesh is a bearer and carrier of multilateralism and believes in UN leadership in tackling the complex challenges of today's world. Bangladesh has maintained its policy and constructive position on various global issues of development, peace, security, and human rights. This election is a manifestation of the confidence that the international community has in Bangladesh in leading the multilateral forum.