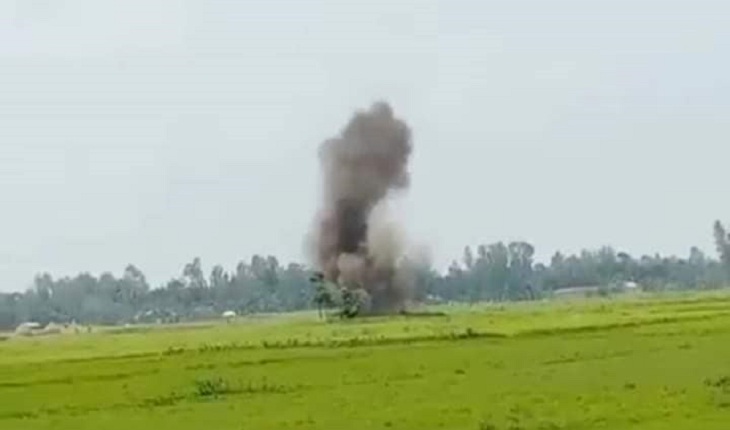 A team of Bomb Disposal Unit of Bangladesh Army defused a mortar cell at an open place in Gobindaganj Upazila of the district on Thursday.

Police said local children found the mortar cell on the riverbed of the Karotoa river in Khulshi Chandpur area under Gobindaganj Municipality on February 8 last while they were playing there.

Being informed, a team of the Gobindaganj Thana Police, led by its Officer-in-Charge (OC) AKM Mehedi Hasan, rushed to the spot and recovered the mortar cell, and kept it in the thana.

Later, police informed the Bomb Disposal Unit of the Bangladesh Army about the matter.

On Thursday, a team of the Bomb Disposal Unit of Bangladesh Army led by Captain Abu Saleh came to Gobindaganj Thana and took the mortar cell to Bagda Farm area of the Upazila in the afternoon and defused it through blasting.