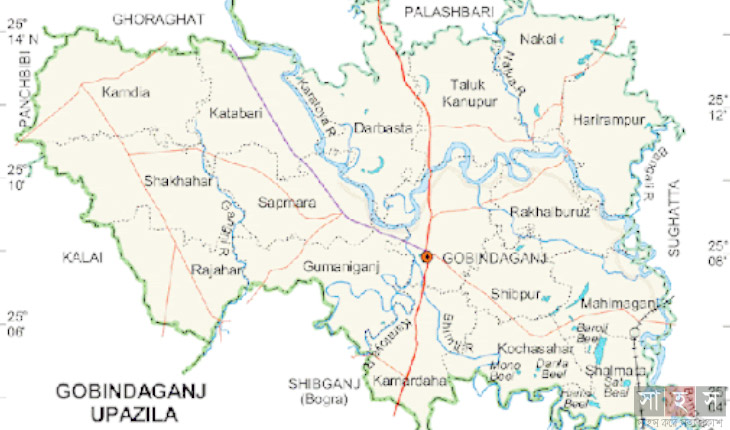 A motor cyclist and his two riders were killed in a road accident at Balua point on Bogura-Rangpur highway in Gobindaganj upazila of the district on Friday night.

The deceased were identified as Mahabub (27), son of Noor Muhammad at Kalugari village, Abdul Karim (55), son of Shukur Uddin at Ramnath village and Bhuttu Miah, son of Taleb Miah at Sundail village of Gobindaganj upazila.

Police said a passenger bus of Payel Paribahan coming from opposite direction hit the motorcycle at Balua point of Baluabazar around 9.30 PM.

The motorbike fell under the bus and the biker and his two pillion riders were killed under the wheels of the bus instantly.

On information, the highway police rushed to the spot and seized the bus which was kept under the custody of Gobindaganj Thana.