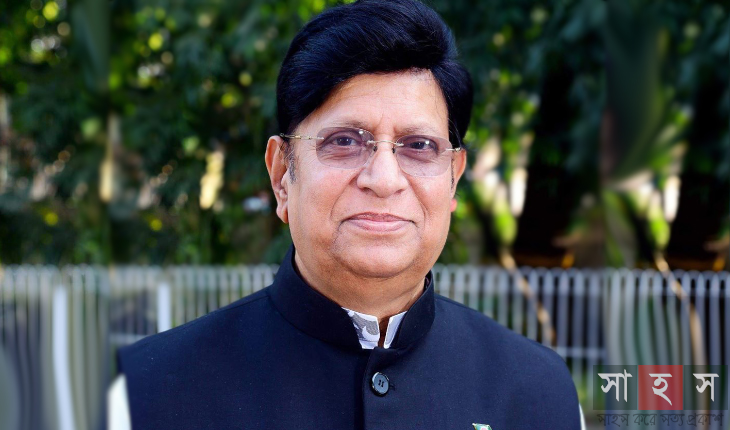 He made the proposal while holding a meeting with South African Minister for Agriculture, Land Reform and Rural Development Angela Thoko Didiza at her office on Monday, a foreign ministry press release said here.

During the meeting, Dr Momen proposed that cooperation between the two countries in different segments of agriculture, including fisheries and livestock, as well as institutional cooperation would engender a win-win situation for both the nations.

Taking into account the plenty of unutilized land in South Africa, joint venture agricultural projects may be set up by both countries, he observed.

With knowledge and expertise of Bangladesh entrepreneurs and land of the South African side, contract farming projects may be initiated, the Bangladesh foreign minister proposed.

Momen also proposed to the South African side for establishment of a center on agricultural cooperation in South Africa which may be named as Bangabandhu-Mandela Agricultural Research Centre.

The Agricultural Minister of South Africa stated that both sides may assign agricultural experts to discuss the project.

Thoko suggested that both countries may cooperate in environment, forests, fisheries, land reforms and other areas.

The South African minister enquired to know how micro credit is helping the agricultural sector in Bangladesh.

The foreign minister informed her that the Bangladesh government has dedicated organizations which extend financial assistance to the farmers.

He also suggested that there may be joint ventures in sectors like readymade garments, ICT and pharmaceuticals to expand the relations.

The South African minister underlined the importance of P2P contacts beyond government for strengthening cooperation in the agricultural sector.

She suggested that technical teams may be formed to cooperate in the areas like microcredit, market excess, trade, skill development and digitalization in agriculture areas.

She also suggested conclusion of Memorandum of Understanding (MOU) in the agricultural area in near future and establishing contacts between Agricultural Councils of the two countries to promote the overall agricultural relations.