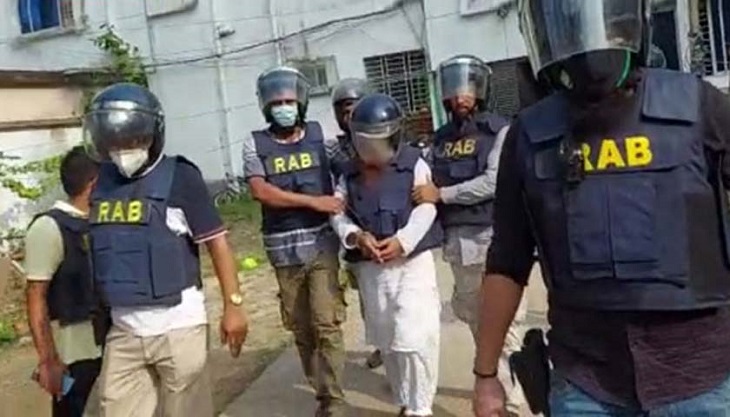 The arrestee was identified as Emdadul Huq alias Ujjal Master.

Acting on a tip off, RAB's Dog Squad, Bomb Disposal Unit and Forensic Team entered a four-storey building in Bosila around 8:30 am after an overnight drive since Thursday midnight, said RAB Commander Khondoker Al Moyeen, who led the operation .

The RAB identified the militant hideout after interrogating four JMB men who were arrested earlier from Mymensingh, said the official.

RAB also recovered pistol, ammunitions, Taka 2.75 lakh in cash, chemicals, locally made bullet proof Jacket and some jihadi books from the spot. The arrestee was taken to the RAB headquarters.

The arrested JMB man along with other people rented a flat at the second floor of the building on September 2 with advance money of Taka 5,000, said the RAB Commander.

RAB could not arrest the other members as they managed to flee away from the spot during the raid.

3 held with snake venom worth Tk 100 crore in Khulna