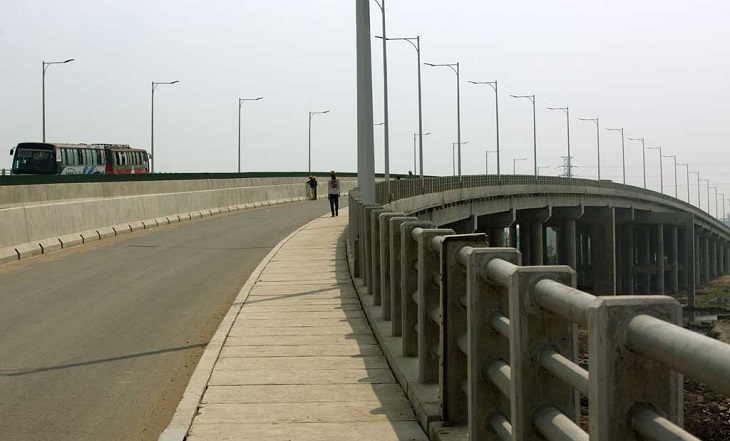 The 54.7km four-lane Dhaka-Bhanga Expressway is expected to reduce travel time between Dhaka and Faridpur by several hours, improving connectivity between the capital and the southern districts | Photo: Syed Zakir Hossain/Dhaka Tribune

Parliamentary Standing committee on the Ministry of Road Transport and Bridges today discussed elaborately on the Highway Bill-2021 as the bill is now under review by the concerned committee.

“Before enactment of the law, the committee has recommended  for bringing necessary review and correction of the bill,” according to the eleventh meeting of the parliamentary committee held at the Jatiya Sangsad here.

Participating in the meeting ,the committee members have also recommended for placing probe report over the allegations of Additional Chief Engineer Tushar Kanti Saha of Sylhet Zone of the Department of Road and Highways in the next meeting after completing re-investigation through the secretary or additional secretary of the Road Transport and Highway Division.

The committee during the meeting congratulated Prime Minister Sheikh Hasina in advance on her birth day which would be celebrated on September 28.

The parliamentary committee also expressed condolence over the death of M Hasibur Rahman Shwapan MP who was a member of the committee and died on September 2 while undergoing treatment in Turkey.