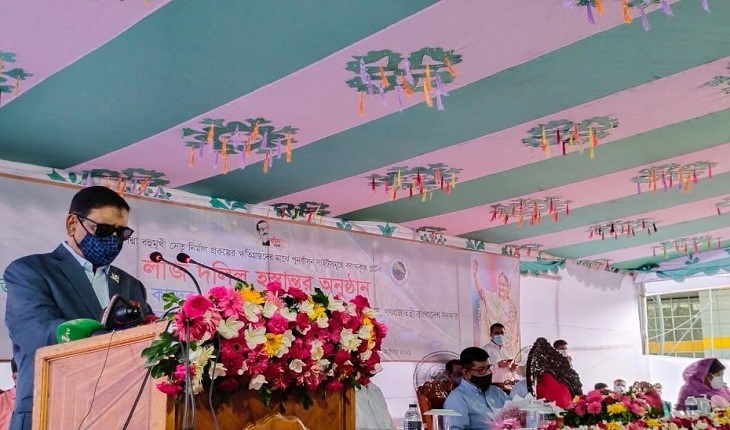 Road Transport and Bridges Minister Obaidul Quader today said the government will form a neutral Election Commission (EC) through the search committee as the caretaker government system has been annulled following the verdict of the Supreme Court.

"A neutral Election Commission will be formed through the search committee for holding neutral elections," he said while distributing deeds of plots among those who lost their land due to Padma Multipurpose Bridge Project, at the rehabilitation site here this afternoon.

The minister said the caretaker government system does not exist in the country after the Supreme Court order in 2011 ...it is a settled matter, so there is no scope to create any further debate over the issue. "The higher court has sent it to the museum," he added.

Quader, also the general secretary of the ruling Awami League, told the function that democracy has somewhat improved in the country. "It [democracy] is a slow motion process. There is no opportunity of overnight promotion of the process," he added.

Criticizing BNP for making a demand for holding elections under the neutral caretaker government, the ruling party leader said, "You [BNP] want election under neutral government, but your leader once said that no one is neutral except the mad and children."

About implementation of the Padma Bridge Project, the minister said the bridge is the outcome of Prime Minister Sheikh Hasina's prudence.

Through the construction of the Padma Bridge with own fund, Quader said, Sheikh Hasina has proved that the Bangalees are not a nation of thief, but a nation of heroes.