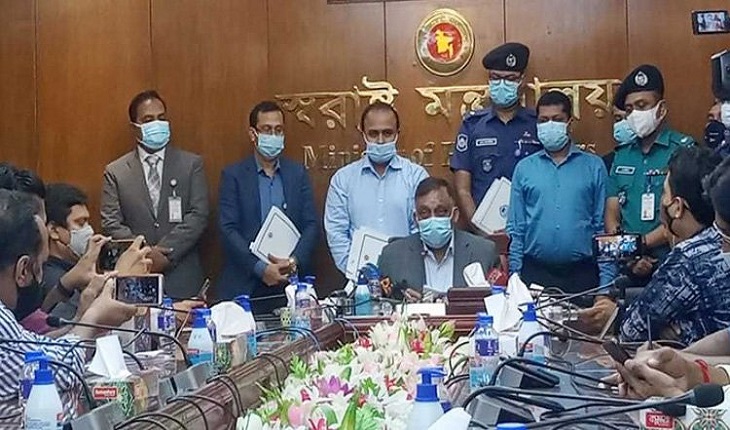 "The situation across the country is completely normal. Everyone joined their work," he said at a press conference after a meeting of the National Committee on Coordination, Management and Law Enforcement of Forcibly Displaced Myanmar Citizens at the ministry conference room.

The home minister said, "There is no panic anywhere due to the alertness of law enforcement agencies across the country."

He said that the person who kept the holy Qur'an in the temple in Cumilla has been identified. "He is not using mobile now, so it is difficult to locate him for arresting but he will be arrested soon."

The person took the Qur'an from the mosque and kept it inside the temple, Kamal said, adding that there may be some instigators behind it. "After his detention, those behind the incident can be found," he said.

"We have identified the person responsible for Cumilla incident after watching the CCTV footage. Those experienced in this work have confirmed that the person brought the Qur'an from the mosque. As far as we have seen, the man is carrying the Qur'an and placing it on the idol's lap and carrying a hammer on his shoulder," the minister said.

He added that the meeting has decided that all types of communication from Bhasanchar to the mainland will be closed after evening. "One lakh Rohingyas will be rehabilitated in Bhasanchar by December," Kamal said.

He said that several people have been arrested on the charges of involvement in assassination of Rohingya leader Muhibullah.

Offenders in Cumilla incident to be nabbed soon: Kamal