Khaleda's appearance in 11 cases on March 15 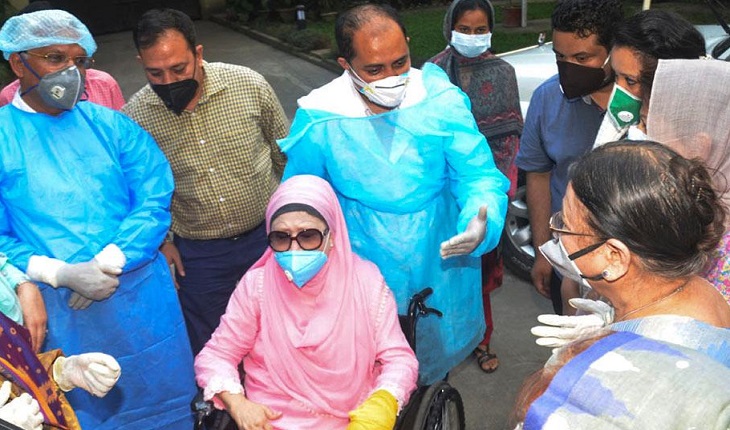 A Dhaka court today set March 15 for the appearance of BNP chairperson Begum Khaleda Zia before it in 11 cases lodged against her.

Dhaka Metropolitan Sessions Judge KM Imrul Qayesh passed the order as Khaleda Zia failed again to appear before the court because of her "poor health".

Allowing a time plea of the defence, the court adjourned the hearing till March 15, defence counsel Ziauddin Zia told BSS.

Apart from Khaleda Zia, the other accused in the vandalism cases include Amanullah Aman, Habib-Un-Nabi Khan Sohel and Sultan Salauddin Tuku.

The court was scheduled to hold hearing on charge framing in 10 of those cases and to accept a charge-sheet in one case filed with Jatrabari Police Station.