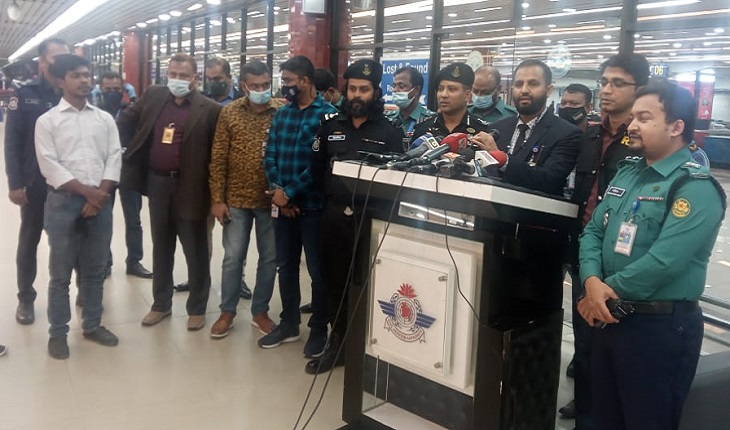 Ahsan declined to identify the caller source but said RAB received the call while the subsequent exchanges with the Malaysian authorities and intelligence reports suggested the aircraft involved no such threat.

But, he said, the intensive scanning of the aircraft cabin, passengers’ body and their luggage were carried out to comply with the SOP as it was a security concern for all.

According to the airport official the scheduled flight carried 135 passengers with 134 being Bangladeshis and one Malaysian.

The plane made an emergency landing at HSIA at 9.38 pm, ahead of which the commandos and security agencies took position at the scene where fire fighters and mbulances were kept standing in alert position.

The airport officials earlier said passengers were later disembarked after thorough security searches while the craft was moved off towards a safe distance from the terminal area for scanning the passenger luggage and the cabin.

2 with high temperature sent to hospital from Airport