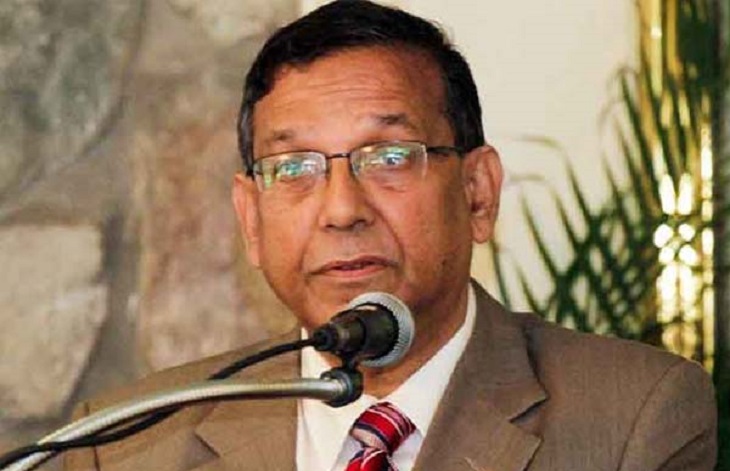 Law, Justice and Parliamentary Affairs Minister Anisul Haque today said justice has been ensured in the BUET student Abrar Fahad murder case verdict and it has been proved that there is rule of law in the country.

Documents of this case will be sent to the High Court within the next seven days and the government would extend all cooperation regarding quick settlement of the case there, said the law minister while giving his reaction to the Abrar Fahad murder case verdict at his Gulshan residence here.

"It appears that justice has been ensured in this case . . . the state side has been able to prove that there is rule of law in the country. Now none will be able to move freely and do politics after committing such a killing," he said.

Anisul Haque said there are some killing incidents that quiver the society and if trials are not held of these incidents, frustration grips the society. The responsibility of the government is to take steps to hold quick trial and ensure punishment and thus ensure the society that there is rule of law in the country, he added.

"The government of Prime Minister Sheikh Hasina has been able to discharge its responsibility to this end," he said.

A special tribunal here today sentenced 20 people to death and life imprisonment to five others in the murder of student Abrar Fahad of Bangladesh University of Engineering and Technology (BUET).

Judge Abu Zafar Md Kamaruzzaman of Dhaka Speedy Trial Tribunal-1 pronounced the judgment in the crowded courtroom this noon in the presence of 22 convicts.

About the issue of Khaleda Zia, he said there is no scope to revive the appeal that has been settled under section 401 of CrPC.