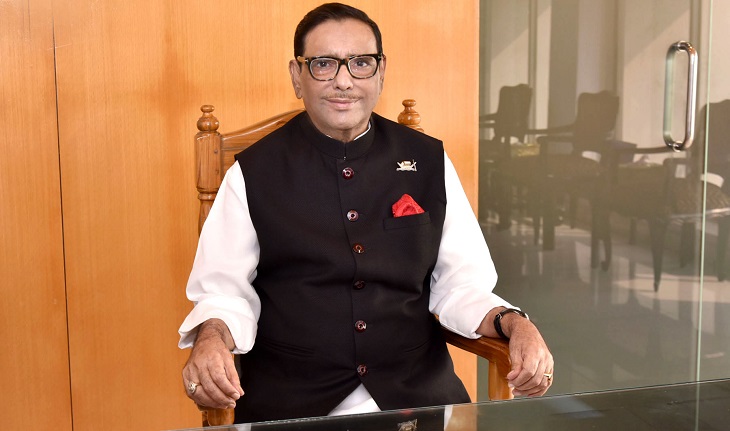 Awami League General Secretary and Road Transport and Bridges Minister Obaidul Quader was released from the hospital this morning after his recovery from sickness.

The ruling party leader left Bangabandhu Sheikh Mujib Medical University (BSMMU) and then joined his ministry works after getting release order from the hospital, said a ministry official here today.

“The minister has been released after medical treatment for twelve days at the hospital,” said the official.

On December 14, Obaidul Quader was admitted to the hospital with chest pain. The BSMMU formed a ten-member medical board led by its vice chancellor for providing treatment to the minister.