‘Salman Shah didn't commit suicide, he was murdered’ she said 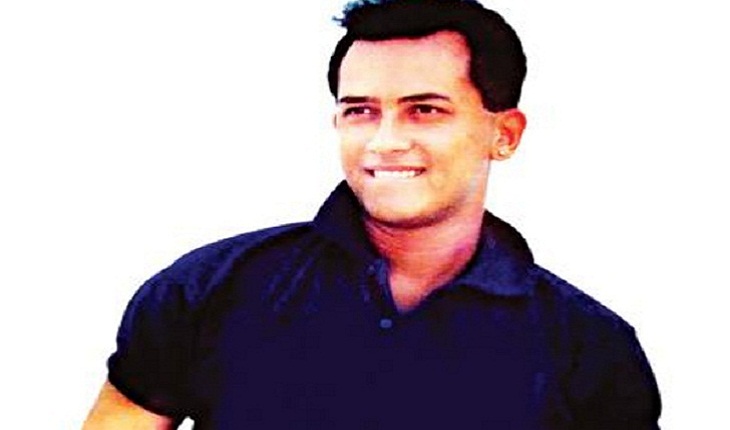 The mystery over Salman Shah's death two decades ago took a new turn after a woman named as a suspect by the film star's family claimed he did not kill himself, but was murdered.

Rabeya Sultana Ruby in a viral video message alleged that her brother was part of the ‘plot’ and murdered Salman at the behest of her Chinese husband and the family of Samira Haq, the actor's wife.

The accusations by Ruby, who was Salman's neighbour and 'beautician', are being treated seriously by the Police Bureau of Investigation or PBI, which was ordered by court to launch a fresh probe into the actor's death in December last year.

Shahriar Chowdhury Emon, known as Salman Shah to his numerous fans, was found dead in his Dhaka apartment on Sep 6 of 1996.

Police had filed a case of unnatural death considering it a suicide, but Salman's family objected to it and lodged a murder case.

Salman's father Kamar Uddin had started the case, but after his death, mother Neela Chowdhury emerged as the plaintiff.

Ruby, currently living in Pennsylvania, is among the 11 people accused in a petition filed by Salman's mother who rejected police's report for suicide. The dead actor's wife Samira is also a suspect.

"Salman Shah didn’t kill himself. Salman Shah was murdered and my husband got my brother to do it. Samira's family got my husband to do this. And all of them were Chinese."

Police said Ruby lived in the same apartment building as Salman and was his personal stylist. According to case documents, she was at the scene when the police recovered his body.

She claimed her brother Rumi was also murdered after the killing. "I don't know where he is buried, but if the body is exhumed and an autopsy is done then it would be clear that he was strangled."

Ruby, however, left out what led to Salman's killing.

She claimed that she was in renewed danger after the revival of the case over his death. She is the "last person with detailed knowledge of the star's death", and could testify in court.

But Samira's father Shafiq-ul-Haq has rejected her claims.

He said, "What Ruby is saying is incorrect. And her reason for making such statements is unclear. Several agencies have investigated Salman's death, so why didn’t she tell them then?"

A former captain of the Bangladesh National Cricket Team, Shafiq said his daughter remarried two years after the actor's death.

He spoke of his willingness to assist the investigation.

But Ruby claimed her life was in danger. "I have fled here (US). They are trying to kill me. I don’t know what I will do, but I know this much that Salman didn’t kill himself."

"We are looking for the woman in this video. She is an important witness. Because she lived in that building. This woman named Ruby was his beautician," said PBI Special Superintendent Abul Kalam Azad

Salman's mother Neela Chowdhury, a former Jatiya Party politician, had found hope in getting justice for his son after the PBI were asked to investigate his death.

"For us, this order provides a tiny source of light amid endless darkness," she said. The case's prosecutors were being controlled by the defendants, she had earlier claimed.

In a Facebook status on Monday, Neela, currently in UK, said, "My fellow citizens, please help me. See Ruby's confession. See how Salman was murdered."

She urged authorities to stop the suspects from fleeing the country.

Meanwhile, PBI’s Azad said the docket he received does not contain many important evidences.

"Many agencies have investigated this case for a long period but there are documents here for just four witnesses. There is supposed to be more. There has never been a longer inquiry over unnatural death. Many evidence is lost. The important witnesses have left the country or were sent away."

The PBI have collected some evidence after getting the case's jurisdiction, and have spoken to some witnesses, he said.

There is hope for a breakthrough, but the detective asked for time.

Fans of the hugely popular star have shared doubts that the actor had killed himself, and several groups have been active to demand justice for him over the decades.

Nephew gets death for killing 5 in Narayanganj