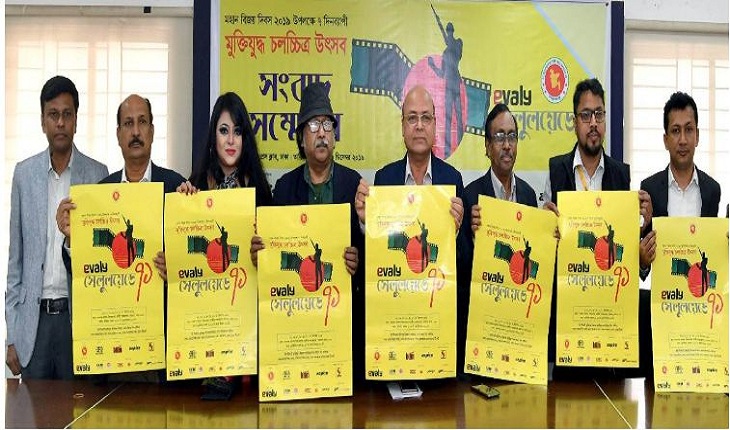 A week-long film festival will begin in the capital on December 15, marking the Great Victory Day, showing movies and documentaries made on the theme of Liberation War.

The Ministry of Liberation War Affairs will coordinate the film festival entitled "71 on celluloid" at the Shahbagh National Public Library's Shawkat Osman auditorium in order to raise awareness of the Liberation War among the young generation, a press release said today.

In addition, documentary films such as Prevent Genocide, Shei Raater Kotha Bolte Eshechhi, Deshe Agomon and Not A Penny Not A Weapon will be screened during the festival as well. Evaly appeared as the festival's title sponsor while being organized and managed as associate partners by SS Communication with the Bangladesh Film Archive and the Bangladesh International Film Movement.

These were revealed today at a press conference at the Jatiya Press Club by festival convener and president of the Bangladesh International Film Movement, Dildar Hossain.

The festival will remain open to all while US-Bangla Airlines is offering free air tickets as prizes for raffle drawing to invite everyone to watch movies from Liberation War, the release added.