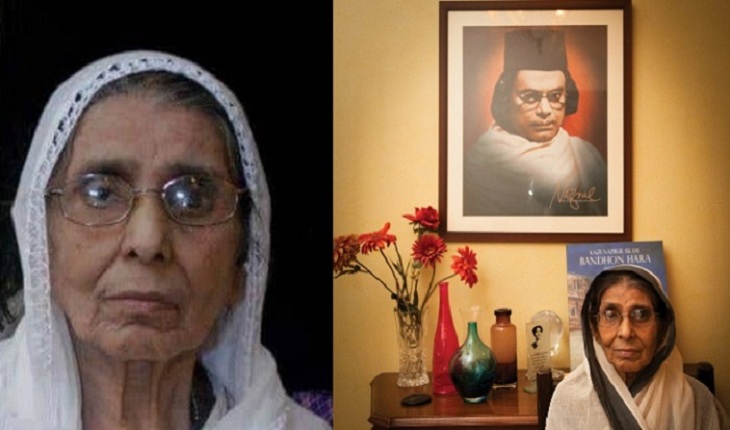 Uma Kazi, daughter-in-law of National Poet Kazi Nazrul Islam and wife of his elder son late Kazi Sabyasachi, passed away on Wednesday night. She was 80.

She breathed her last in her Banani residence in the capital at 8:30 pm, her daughter Khilkhil Kazi confirmed this to media.

Uma Kazi was suffering from different old-age complexities and cardiovascular disease. Prior to that, she received treatment at a private hospital in the city for months.

The poet's granddaughter Khilkhil Kazi said, her namaz-e-janaza will be held after Zuhr prayer on Thursday. Later, she will be laid to eternal rest at Banani graveyard after the prayer.