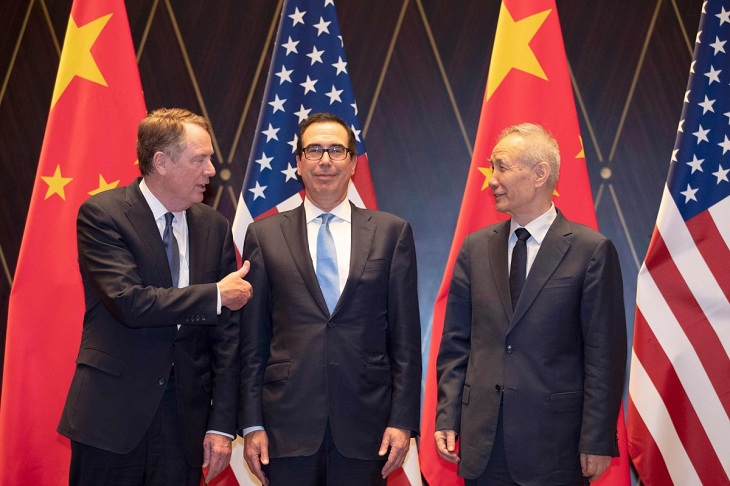 Asian markets were mixed Tuesday as investors took a step back after recent rallies, awaiting the next developments in the China-US trade talks.

Wall Street provided a perfect lead — with all three main indexes closing at record highs — on optimism the economic superpowers are close to agreeing the first part of a wider tariffs pact.

Global markets have been enjoying a healthy run in recent weeks, boosted by trade optimism as well as a strong earnings season.

A forecast-busting US jobs report Friday and signs the US economy is stabilising added to the upbeat mood.

But Asian dealers struggled to take up the mantle Tuesday, with little reaction to reports that Washington is considering easing levies on Chinese goods as the two sides creep towards an agreement.

The Financial Times said on Tuesday that the White House is considering dropping existing tariffs on more than $100 billion of imports in a bid to seal the deal.

And a Bloomberg News article said Chinese officials were considering places in the United States that Xi Jinping and Donald Trump could hold a signing ceremony as early as this month.

Tokyo led gainers as it reopened after a long weekend to play catch-up with Monday’s rally.

The Nikkei ended the morning more than one percent higher, Sydney and Singapore each added 0.2 percent and Taipei was 0.4 percent up.

But Hong Kong and Shanghai each slipped, while Seoul and Wellington were barely moved.

“The question is whether the market has now priced in the… phase one trade deal,” said AxiTrader senior market analyst Stephen Innes.

“And for the time being it appears, risk markets are in benefit-of-the-doubt mode, preferring to look through any fragility in macro data, while applying a higher weight to comments on trade.”

US prefers a ‘big deal’ with China: Trump