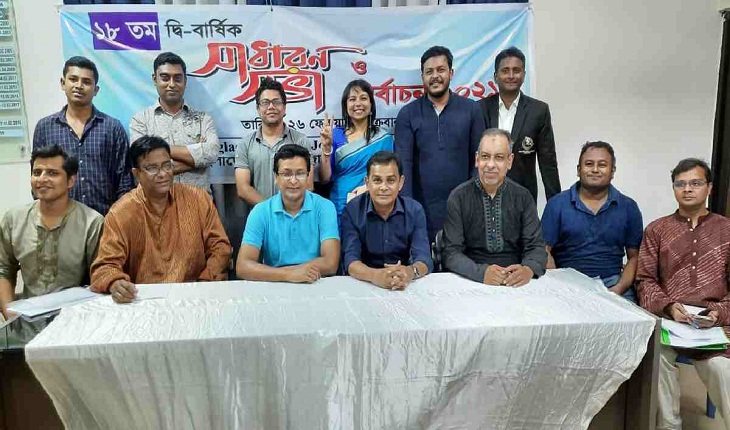 In an election held on Friday, Sayeeduzzaman and Anisur Rahman have been elected as president and general secretary respectively of the Bangladesh Sports Journalist Association (BSJA).

Sayeeduzzaman will take on the role of Motahar Hossain Masum who served as the last president of BSJA.

According to the final result, Sayeeduzzaman of Kalerkantha secured 43 votes to be elected as the president of BSJA for the third time. Along the way, he beat Arifur Rahman Babu of Jagonews24. Ansiur of the Daily Star beat Zahid Chowdhury of Maasranga Television securing 54 votes.

“It was great to win the election and take on the role again,” Sayeduzzaman said after winning the election. “We will work hard to make BSJA the number one association of the sports journalists.”

Jalal Ahmed Chowdhury was the election commissioner of this election.