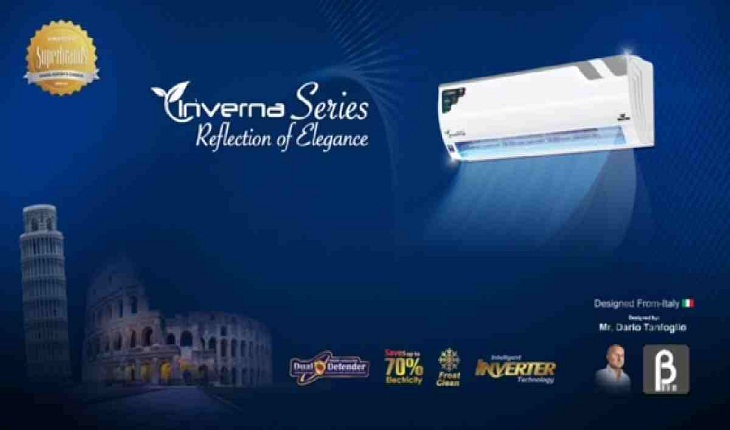 Also, the AC costs only Tk2.88 per hour for electricity consumption, making it the most power-saving air conditioner in the domestic market.

The AC was tested and certified by the Bangladesh University of Engineering and Technology (BUET). Conforming to the European standard, Inverno is designed with advanced technologies and features like dual defender, ionizer, antiviral and dust filter, frost wash, and faster-cooling speed.

"Inverno was designed and developed by a renowned engineer of Italy. So, this new series of Walton AC is called Inverno, an Italian word that means winter," Tanvir said.

The AC is specially made to suit the European market. However, the model – patented by Walton – is also being marketed for Bangladeshi buyers in line with the environment and climate of the country.

"Walton Inverna AC has IoT-based smart control features and can be controlled from any part of the world through the internet. Users can turn it on and off through mobile and can also easily monitor how much daily or monthly electricity bill is the AC is costing them."

Walton would soon release ACs with an offline voice command, Sandip said. "This will allow ACs to be controlled via voice commands without the internet."