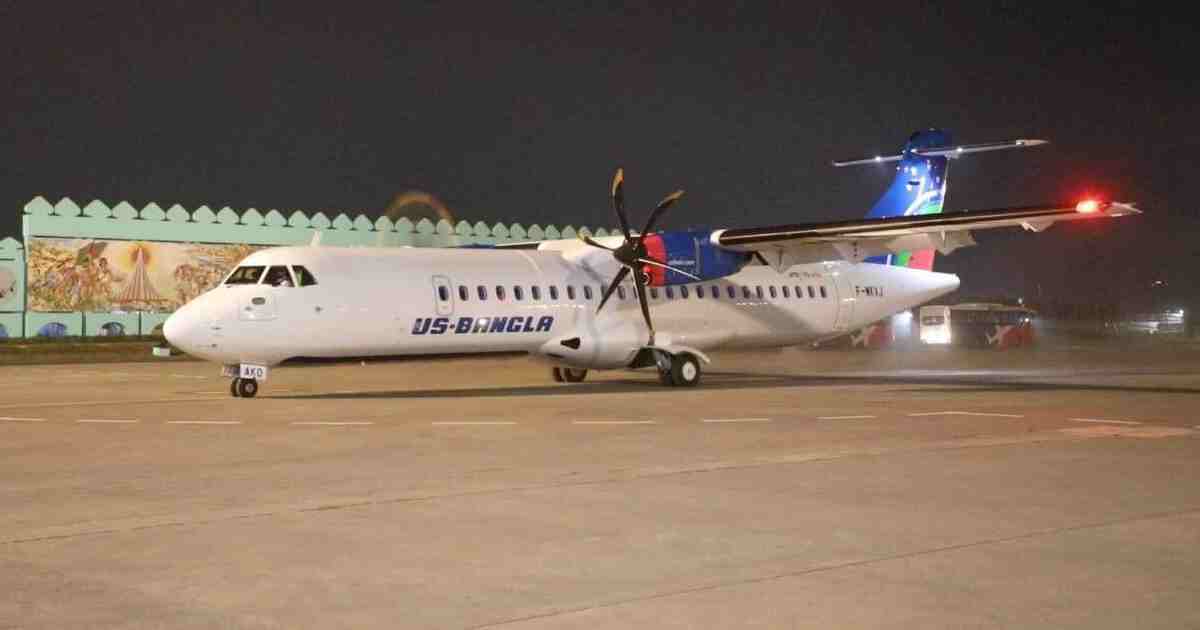 US-Bangla Airlines, one of the country’s leading private airlines, today added another 72-seater brand new ATR 72-600 aircraft to its fleet - raising the number to fourteen, the highest for a private airline in the country.

The aircraft which came straight from the factory in France landed at Hazrat Shahjalal International Airport around 8:40 pm on Saturday. The airline has planned to increase flight numbers in domestic routes with the new aircraft.

The airline started its journey on July 17, 2014, with two 76-seater Dash8-Q400 aircraft and with the maiden flight to Jashore. Within less than two years it went international with the introduction of flight to Kathmandu. The airline’s fleet today consists of fourteen aircraft: 4 (four) Boeing 737-800, 7 (seven) Brand New ATR 72-600, and 3 (three) Dash8-Q400.