Nagad is a service approved by the PM: Posts and Telecommunications Secretary 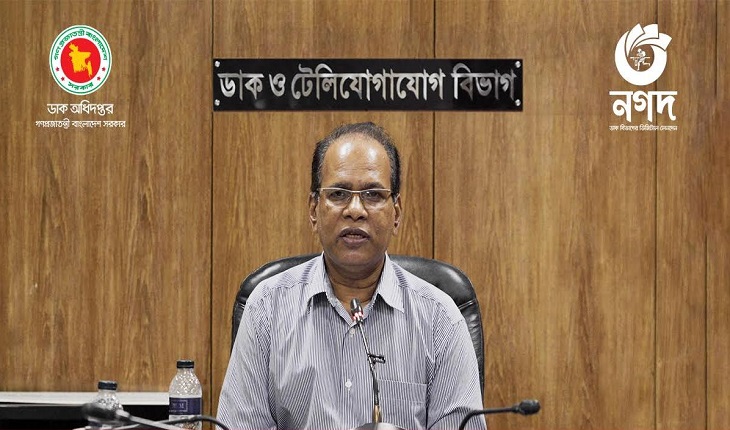 Brushing aside the recent ongoing propaganda by a vested quarter over Nagad's partnership, Posts and Telecommunications Division Secretary Md Afzal Hossain today said that Nagad is a financial service approved by the Prime Minister.

Afzal said, "It is a well-known fact that, the Honorable Prime Minister has approved this service and she herself started the transaction of it with Taka 10,000. So, the Prime Minister's approval on the service is there."

Before the Secretary, Posts and Telecommunications Minister Mustafa Jabbar and Postal Department's Director General Md Siraj Uddin, refuting the propaganda, in separate statements had said that there is no room for confusion over Nagad.

In line with that, Posts and Telecommunications Division Secretary said, "Postal Department and Third Wave Technologies tied up and started their journey in 2017 with the Nagad service. With the passage of time and overcoming obstacles, Nagad now in 2021 has gained a significant position."

Nagad will serve extensively for citizen's wellbeing and will contribute to create cashless society in the coming days, hoped the Secretary.

The Secretary said that Nagad would come over as a complete information-based technological service overcoming the obstacles in the future. "Now we are at the second position and I hope very soon we will become number one and serve the country and its people much better."

Earlier on March 26, 2019, Prime Minister Sheikh Hasina inaugurated the Nagad service officially. In the last two and a half years, Nagad acquired 5.5 crore customers with a daily average transaction of more than Taka 700 crore.

Nagad has been playing a vital role in disbursement of government donation, stipend and financial assistance with transparency and with extraordinary innovation in account opening. It is also contributing to the financial inclusion of the country.