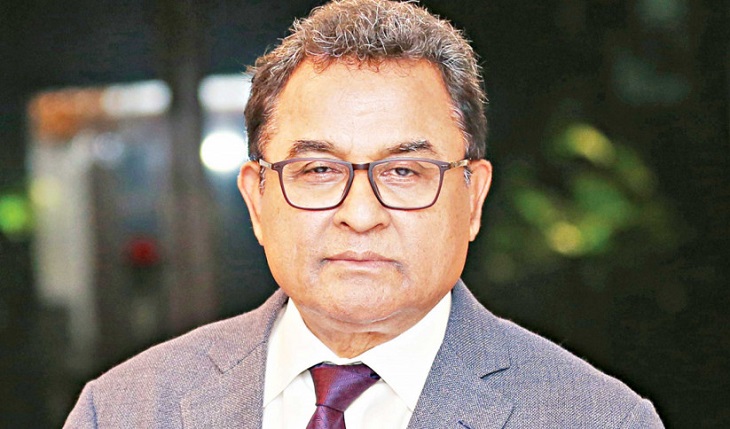 Urging the country's capital market investors to invest on stocks after proper understanding and considering the risk factors, Finance Minister AHM Mustafa Kamal today said that the government would continue to provide necessary policy support to the stock market.

"Capital markets across the world are being handled almost in the same way. All investors should keep in mind the risk factors... On behalf of the government, we'll continue to provide the necessary policy supports," he said.

The finance minister said it would not work if anyone wishes to gain excessive profit from the share market. "The share market has a base. The more the country's economy will strengthen, the more the capital market will firm up. I don't think there is any other way to inflate the market,"

He suggested the investors especially the small investors to come in the capital market after proper understanding, adding, "The markets witness ups and downs and it's very sensitive ... So, we'll have to keep an eye. I hope those who are closely associated with the capital market are investing in it."

Kamal mentioned that the government has been providing budgetary and all other supports needed for the market while the government could not be hold accountable if anyone acts beyond the usual process.

Asked about the progress in offloading of shares by the state-owned enterprises, he said although efforts were there, those did not come to light.

He said the state-owned commercial banks like Sonali Bank Ltd and Janata Bank Ltd are independent and they could come in market when they would get better price.

Kamal said the idea of offloading shares of state-owned enterprises was to support the market when there is lack of good stocks.

But, he said, soon after the initiative, there was no mismatch between the demand and supply and the price of shares was also good. "So, the shares of state-owned enterprises were not offloaded."

Replying to another question, he said the point to point general inflation is still within the target of the government as the overall inflation did not increase.

Acknowledging that the price of commodities are increasing in international market alongside the fuel oil price, Kamal said the price of US dollars witnessed ups and downs in local market since it is not fixed.

He told another questioner that as a development partner, the International Monetary Fund (IMF) can give suggestions to the government, but they cannot give any directive to the government to take any decision.

"They (IMF) are associated with our economy and they can suggest... But our economy doesn't allow pegged currency and there is flexibility... Although currency is pegged in some countries, it is already market based in our country," he added.