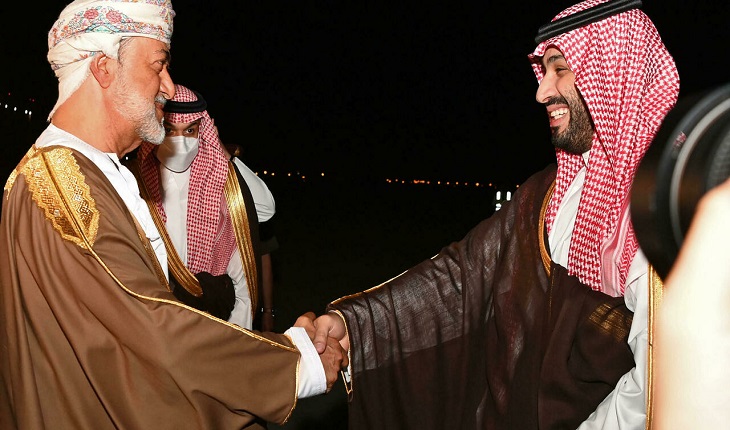 The MoUs between the two countries, which seek to diversify their economies away from oil, range from cooperation in the energy and tourism sectors to finance and technology.

According to SPA, he will also visit the United Arab Emirates, Bahrain, Kuwait, and Qatar.

Prince Mohammed's trip to Doha will mark the first visit since Saudi Arabia and Qatar severed ties four years ago.

Saudi Arabia, the UAE and Bahrain cut all links with Qatar in June 2017, alleging it backed radical Islamist groups and was too close to Riyadh's rival Tehran -- allegations Doha denied.

They restored full relations with Qatar in January after a landmark summit.

The prince's tour comes amid a flurry of diplomacy to resolve regional disputes, especially with Iran and Turkey.

There have been signs of a thaw between Saudi Arabia and Iran in recent weeks, with Tehran and Riyadh holding several rounds of talks since April aimed at improving ties.

Meanwhile, Turkey has sought to rebuild relations with former rivals in the Gulf, including the UAE and Saudi Arabia.

Simmering tensions between Ankara and Riyadh escalated after the 2018 killing of Saudi journalist Jamal Khashoggi in the kingdom's Istanbul consulate.

The Gulf states are seeking to diversify their economies away from oil, investing heavily in recent years in the tourism, entertainment and sports sectors.