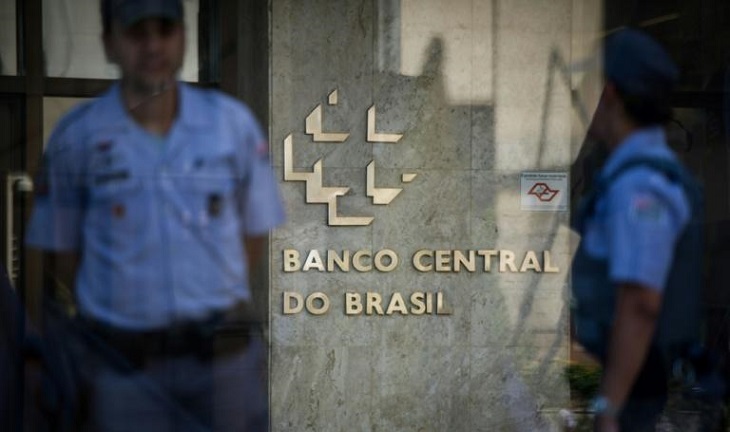 Brazil's central bank on Wednesday hiked its benchmark interest rate by a whopping 150 basis points for the second straight time, seeking to fight surging inflation even as Latin America's biggest economy is stuck in recession.

The increase, the seventh straight, was in line with analysts' expectations. It brought the Selic rate to 9.25 percent, the highest since mid-2017.

The decision was made unanimously by the nine members of the bank's monetary policy committee, which said in a statement it expected "another adjustment of the same magnitude" when it ends its next meeting, on February 2.

"It is appropriate for the monetary tightening cycle to advance significantly into the territory of a contraction," it said.

"The committee will persevere in its strategy until not only the process of disinflation but the anchoring of (inflation) expectations in line with its targets are consolidated."

Despite the slump, the central bank has hawkishly slammed on the monetary policy brakes because of surging inflation, fueled by both global price pressures and Brazil's own domestic problems.

The annual inflation rate came in at 10.67 percent in October, nearly triple the bank's target of 3.75 percent.

- Spending amendment -
Rapidly rising prices have been driven by a series of factors: internationally, those include global supply chain shortages, increasing oil prices and pandemic uncertainty.

At home, Brazil faces electricity rate hikes caused by droughts that sapped crucial hydroelectric dams, a weak currency and uncertainty around President Jair Bolsonaro's bid to amend the constitution to free up money in the government's tight budget for massive social spending.

But he won a victory Wednesday when Congress adopted a first portion of the spending amendment, enabling the government to postpone court-ordered debt payments.

That will free up 62 billion reais ($11 billion) to spend in 2022, with most expected to go to welfare payments.

The economy has turned into a major headache for Bolsonaro heading into elections next October that polls currently place him on track to lose to leftist ex-president Luiz Inacio Lula da Silva.

Brazil's unemployment rate has meanwhile been stubbornly high, at 12.6 percent for the third quarter.

Wife of murdered Greek ambassador jailed over his death in Brazil