Cabinet clears bills to set up universities in Chandpur, Habiganj 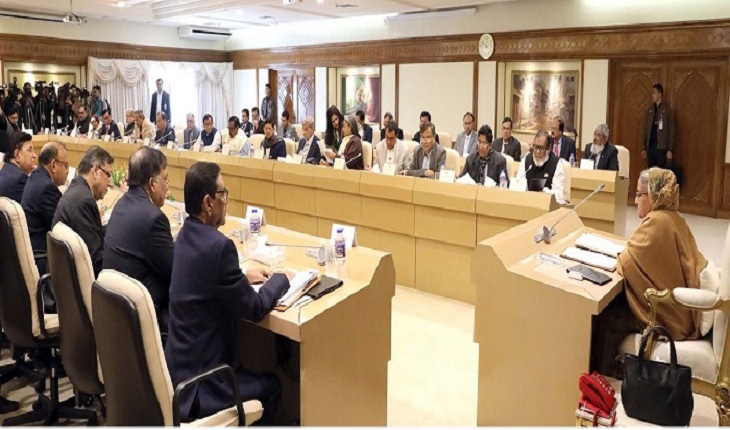 The Cabinet on Monday gave its final approval to the drafts of two bills for setting up a science and technology university in Chandpur and an agriculture one in Habiganj.

The approval came from the Cabinet meeting held with Prime Minister Sheikh Hasina in the chair at her office.

Cabinet Secretary Khandaker Anwarul Islam briefed reporters about the outcome of the meeting at the Secretariat in the afternoon.

The President will be the chancellor of the universities, the Cabinet Secretary said.

Like other universities, there will be vice-chancellor, pro-vice chancellors, registrar, treasurer, controller of examinations, syndicates and academic council at the universities.

The new proposed law was brought to repeal the existing ordinance in line with the Supreme Court order that voided the laws enacted during the military regimes.

The Cabinet also approved a proposal for setting up an office of the Consulate General in Florida of the USA, Anwarul said, adding that the consulate will be very important for providing services to over 40,000 Bangladeshi expatriates living in Florida.

He said the office of the Consulate General will play a vital role in strengthening diplomatic ties of Bangladesh with the USA and other countries of the world as most of the countries have consulate offices there.

The Cabinet was apprised of Prime Minister's visit to Dubai from November 16-19 to join the Dubai Airshow-2019.

At the outset of the meeting, the Cabinet greeted Prime Minister Sheikh Hasina on her reelection as the president of Awami League for the straight ninth term and being ranked 29th in the US-based business magazine Forbes list of the World’s 100 Most Powerful Women.