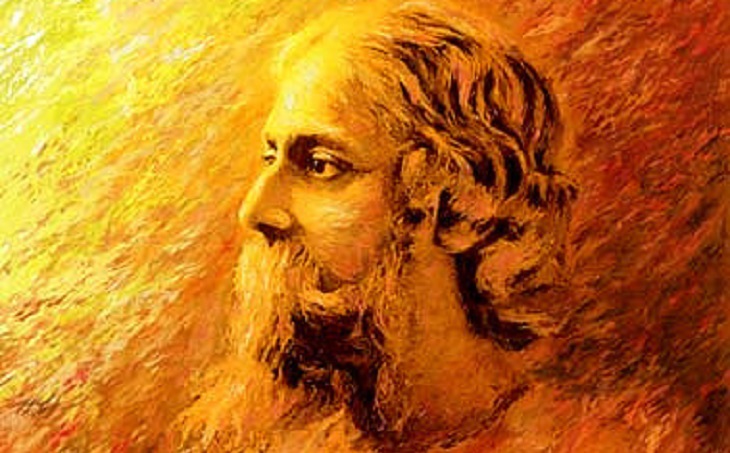 It’s Pochishe Boishakh on May 9 — the day to celebrate Rabindranath Tagore, the day to sing his timeless “He Nutan”.

In the vast collection of Rabindrasangeet, every emotion will find a song attributed to it. Be it love, devotion, celebration, separation, patriotism or some random imagination, Rabindranath Tagore has touched every aspect of a human mind and soul — the reason why Bengali films find refuge in Geetabitan even 77 years after the poet passed away, and we see the name of ‘lyricist’ Rabindranath Tagore when the credits scroll on the screen.

Tagore is an integral part of the Bengali psyche and omnipresent the art and culture scene of Bengal. And hence, it would have been really awkward if people had to sing anyone else’s creation to celebrate the birthday of the poet who has given a song for every occasion.

Tagore did keep this in mind. For the last 77 years now, he has been invoked every ‘Pochishe Boishakh (25th day of the month of Baisakh)’, his birthday, with “He Nutan, Dekha Dik Arbar…”. The song, especially created for the occasion, was written and composed by the man himself.

On Pochishe Boishakh every year, Tagore’s followers and admirers world over mark the day singing the song that celebrates life.

Let us tell you the complete story behind Rabindranath Tagore’s birthday song.

Recomposed from a poem, Pochishe Boishakh from his book Purabi, this was said to be the last song written by Tagore.

It was the first week of May 1941. Tagore had not been keeping well for some time. But it was the month of his birth, and Santiniketan was all set to celebrate the 80th birthday of its founder. Former disciples, friends and acquaintances had started trickling in. On May 6, two days before the big day, former student Shantideb Ghosh came visiting. Tagore asked him about their Pochishe Boishakh plan. “I understood he wished that the day be celebrated through music and dance,” Ghosh later wrote in his book ‘Rabindrasangeet’.

He also wrote how he asked the poet to suggest songs that could be performed on his birthday.

“Why will I choose songs for my birthday?” Tagore apparently replied, asking his favourite disciple to think of a solution.

When Ghosh, and others, requested him to pen a special song for the occasion, Tagore refused — citing fear of criticism, according to Ghosh. He suggested names of some contemporary poets, instead, who could do the job. The students, however, didn’t listen to any of his excuses. They managed to prevail, and the bard eventually gave in. 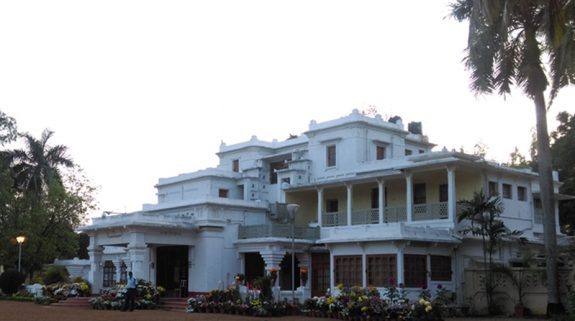 A song, Pochishe Boishakh, which Tagore had written as part of his Purabi collection around two decades ago, came in handy. Tagore made some changes to it and set it to tune, Ghosh wrote in Rabindrasangeet.

The date was May 6, 1941. Two days later, his birthday was celebrated with much fanfare.

That was the last birthday he celebrated. Exactly three months later, on 7 August, 1941, the poet breathed his last. ‘He Nuton…’, according to Ghosh, became his very last poem.

Welcoming the new dawn, the song set in morning raga Bhairavi prays for the auspicious moment of birth to return, like the sun rises every day displacing all morning haze and mist.

He Nutan… celebrates Tagore’s love for life. Written at a time when the world torn apart by World War II was witnessing a dance of death, the song gives the message of a strong hope that human life won’t wither away. Using the sun as a metaphor for himself in the song, Tagore seems conscious of his mortality, but evidently looks beyond his imminent death at the same time.

The notation for the special song had been prepared by Shantideb Ghosh. A recording by Tagore’s another favourite pupil and acclaimed singer Kanak Biswas was released the same year.

Listen to the rendition by Kanak Biswas here..

Among those who attended Tagore’s last birthday celebrations at Shantiniketan was Nirmal Kumari Mahalanobis aka Rani Mahalanobis. In ‘Baeeshe Shrabon’, a book she wrote later, Mahalanobis gave a detailed description of the event where the participants sang, danced and staged Bashikaran, a play.

“See how good he (Banamali) is. Staying with me, he even learnt to act,” Mahalanobish quoted Tagore as saying after the function.

Banamali played the role quite efficiently and confidently, wrote Mahalanobish, wife of Indian Statistical Institute founder Prasanta Chandra Mahalanobis, in her book. Baeeshe Shrabon — the 22nd day of the Hindu month of Shravan — was the day Tagore died in 1941.

As many as 77 years have passed since that function and his death. The year 2018 is Rabindranath Tagore’s 157th birth year.

While Bengal and Bengalis have always celebrated Rabindra Jayanti on “Pochishe Boishakh”, there has always been a slight confusion every year on the date of his birthday.

Tagore was born on the 25th day of Boishakh in the year 1348, as per the Bengali calendar, and he always celebrated his birthday on this day during his lifetime. Tagore aficionados have stuck to that date. However, since the corresponding date as per the Georgian calendar is May 7, many consider that as Tagore’s official birthday. This year too, tributes poured in from all quarters on May 7 as India and the world remembered Tagore on his birthday.

Many cultural functions and official events are planned in Bengal and elsewhere on May 9.