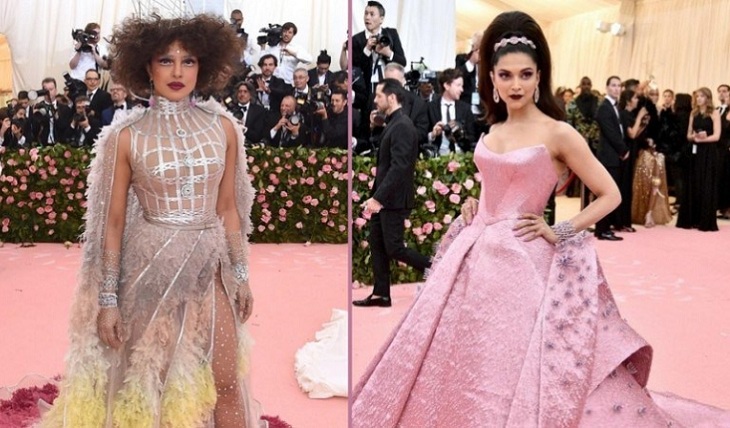 Monday’s Met Gala at the Metropolitan Museum of Arts in New York was a star studded affair and two of the brightest stars on the guest list were Bollywood actors Deepika Padukone and Priyanka Chopra. The popular and stylish actors first stunned everyone at the ‘pink’ carpet and then had the best time partying together at the after-party.

Videos from the gala and the after party were shared by fashion designer Prabal Gurung, who created the gala outfits for singers Nicki Minaj and Halsey, businesswoman Isha Ambani and others. Prabal shared several videos and pictures on his Instagram stories and gave his fans a glimpse at what goes on behind-the-scenes at one of the most luxurious nights of fashion.

A video showed him singing ‘Choli Ke Peeche Kya Hai’, as he walked a long passageway at the museum with Priyanka and Isha, who are best friends and were each others’ bridesmaids at their recent weddings. Priyanka swished her dress’ long cape and sang the ‘ku ku ku’ part of the song. Prabal tells Priyanka that they should sing only Bollywood songs and Priyanka suggests that the song has to be campy, which was also the gala’s theme this year. He breaks into ‘Kaate Nahi Kat Te’ from Mr India.

More videos showed him with Deepika, as he sang songs from her movies. He sang Ghoomar from Padmavat as they walked together and Deepika did a small step from the song for the camera. He also sang Deewani Mastani as they waited in a queue and she recreated the waving hands dance step for him.

Priyanka and Deepika also shared more pictures of their outfits from the gala. Priyanka wore a couture Dior dress in silver while Deepika’s pink ball gown was created by designer Zac Posen.

Lara Dutta: Journey from Miss Universe to a business woman