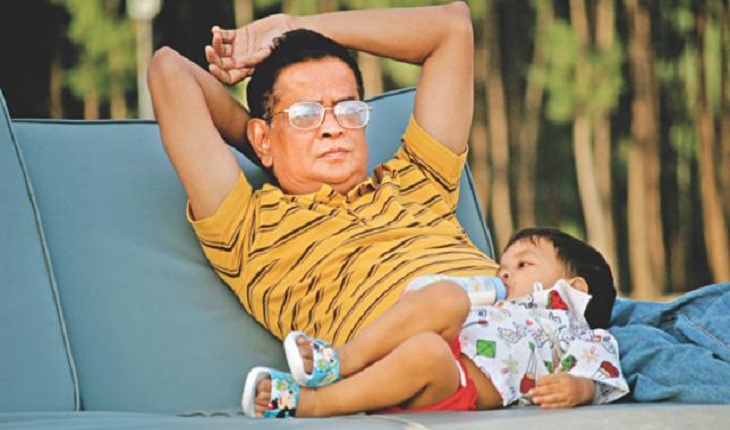 One of the best known authors to have graced Bangla literature, Humayun Ahmed was also a reputed playwright and  director.

His unmatched creative competence of story-telling won the hearts of millions. Humayun Ahmed’s TV serials and telefilms also gained immense popularity among the audience, and reached new heights when processions were brought out surrounding a fictional character from his story. The fact that his directorial debut, Aguner Poroshmoni, based on his novel by the same name, won the National Film Award in eight categories, gives us a glimpse of his unmatched talent.

As today marks the 7th death anniversary of the virtuoso, we will look at some of his works he has left behind, through which he continues to live in the hearts of his admirers.

Ba-ker Bhai: One of the most intriguing characters in the history of Bangla TV serials, Ba-ker Bhai was a titular character in Humayun Ahmed’s Kothao Keu Nei. Asaduzzaman Noor donned the character with such spirit on-screen, that when his character Ba-ker Bhai was sentenced to death in the TV serial, viewers took to the streets to protest. Never before in Bangladesh, did the audience react in a manner so factual, for a character so fictitious. Ba-ker Bhai, who debuted in the 90s, continues to remain a fan-favourite even to this day.

Himu: Even though his portrayal is limited in tele-fictions, Himu’s presence prevails in many of Humayun Ahmed’s novels. A vagabond, who wears a yellow pocket-less panjabi and walks barefoot, Himu developed a cult following, which Humayun Ahmed witnessed while he was alive. Like Himu, his followers too, maintain the same sense of style and belief.

Misir Ali: Another prominent character by Humayun Ahmed is Misir Ali. Several tele-fictions and a film, were based on this character. A part-time professor of Psychology at a university, Misir Ali has an intriguing persona and has a knack for solving mysteries. Various renowned actors like Abul Hayat, the late Abul Khair and most recently, Chanchal Chowdhury, portrayed the role of Misir Ali.

Shuvro: Shuvro is also among one of Humayun Ahmed’s popular characters. Rather simplistic in nature, Shuvro’s eyes are his spectacles, for he sees nothing without them. Despite being naive, Shuvro is featured in several novels and is a favourite amongst the young readers. The film Daruchini Dip, helmed by Tauquir Ahmed, was about Shuvro, portrayed by actor Riaz. The film was well-received by the audience.

Mofiz: Mofiz is a renowned name in the tele-fiction arena. It seemed that whchever art Humayun Ahmed ventured into, he had the gift of winning the hearts of the masses. As a playwright, he introduced the character Mofiz, for the TV serial Shobuj Chhata, played by Zahid Hasan.

Mirza: Those who are familiar with Humayun Ahmed’s Ayomoy, are well aware of Mirza. A rather serious-natured character, Mirza was depicted marvelously by the talented actor, Asaduzzaman Noor.