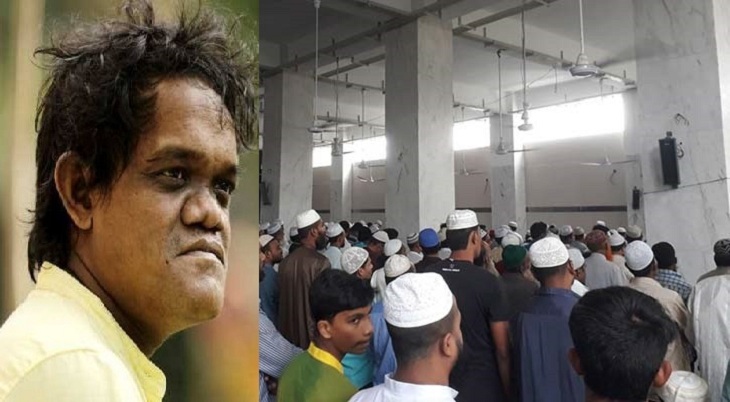 The namaz-e-janaza of multi talented television director, actor and scriptwriter Humayun Sadhu has been held.

The janaza took place at Rahim Metal Jame Mosque in Tejgaon after Juma prayers on Friday.

He will be buried at the mosque premises after Asr prayers.

Earlier, Humayun Sadhu passed away at Squire Hospital in the capital early Friday.

Humayun Sadhu suffered from a brain stroke on September 29, and was taken to the Bangladesh Specialized Hospital in Dhaka.

Later, on October 20, he was admitted to Squire Hospital and put on life support after he had his second brain stroke and had been deteriorating fast.