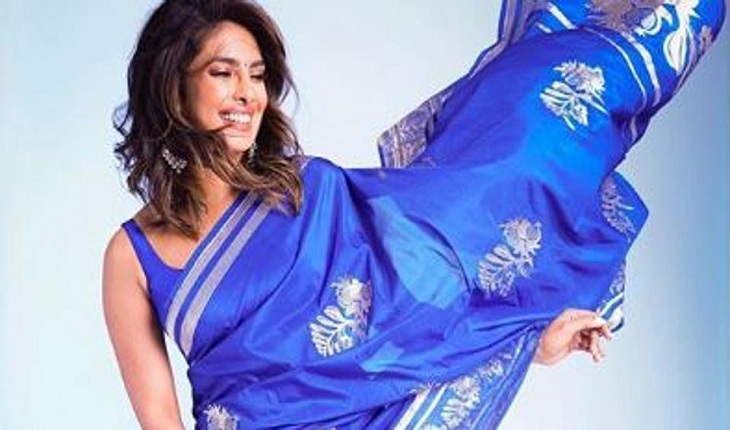 Nick's reaction came after Priyanka shared a photo on Instagram in which she is seen wearing a blue saree, from an event she recently attended in Mumbai.

Using a line from Priyanka's famous song Desi Girl in Dostana, a fan commented: "Who's the hottest girl in the world?

Priyanka Chopra will be seen alongside Richard Madden in the upcoming Amazon Prime series Citadel. The show is conceptualised and produced by Russo Brothers of Avengers: Endgame fame.

The actor recently wrapped the shoot for The White Tiger. It is an upcoming Netflix movie in which she features with Adarsh Gourav and Rajkummar Rao.

The film is based on Aravind Adiga's Man Booker Prize-winning novel of the same name, and directed by filmmaker Ramin Bahrani.