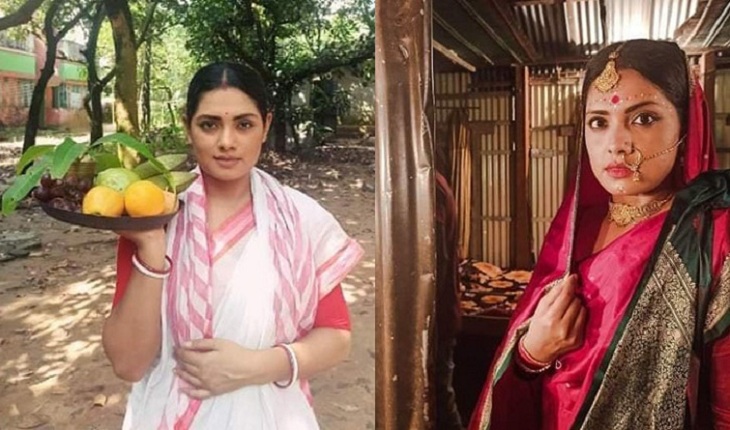 A legal notice was sent to actress Nusrat Imroj Tisha and three others for alleged incitement to Bengali Hindu community conversion and sectarianism.

Lawyer Sumon Kumar Ray submitted a legal notice on behalf of Liton Krishna Das to the actress and three others on Monday.

Tisha, however, has recently finished shooting with co-actor Irfan Sajjad and director Abu Hayat Mahmud for a drama named 'Vijaya.' Saleh Uddin Shoaib Chowdhury wrote the drama. It will be sponsored by Durga Puja, the largest religious festival of the Hindu community in Bengal.

Lawyer Sumon Kumar Roy said that on the occasion of Durga Puja, the drama entitled 'Vijaya' hurt the traditional community's religious feelings. This is why this notice against them has been issued.