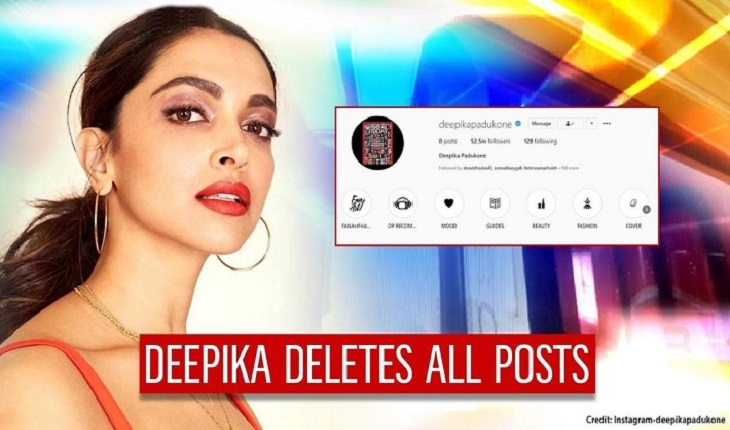 On December 31, the actress deleted all of her tweets and Instagram videos and now has zero posts and tweets.

Initially, netizens wondered if they had hacked Deepika's social media platforms. It subsequently came to light, however, that it was the actress who changed her show images.

Why Deepika took the action of wiping out her social media accounts is not clear.

The actress is currently in Rajasthan on a vacation with her husband, actor Ranveer Singh.

Next, Deepika will be seen in "83" by Kabir Khan, where Ranveer plays the former World Cup-winning Indian cricket team captain, Kapil Dev. Deepika plays Romi Dev, the wife of Kapil.

IANS announced that she would also be seen in Shakun Batra's still-untitled Next, which also stars Siddhant Chaturvedi and Ananya Panday.