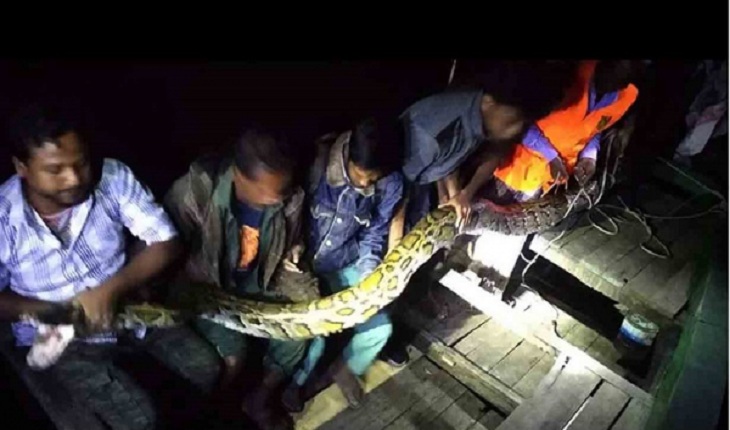 An 18-foot python was recovered Thursday from a house in Sharankhola upazila's Madhyo Sonatala in Bagerhat.

Local people caught the 80 kg python from the orchard of one Kabir Munshi in the village at evening, said Alam Hawladar, a field officer of the Forest Department's Sharankhola Wildlife Unit.

Later at night in the Sundarbans, the python was released, he said.

Mohammad Mahmudul Hasan, Sundarbans East Zone divisional officer, said a total of 20 large and small pythons were rescued in this year's district and released in the Sundarbans.

Ban on tourists to enter Sundarbans