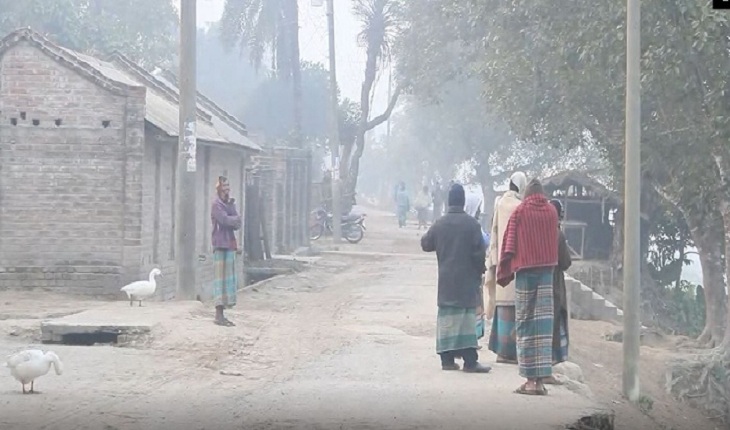 Poor people, especially children and elderly ones, are the worst sufferers of the shivering cold.

On Thursday, the lowest temperature was recorded at 7.9 degrees Celsius in the district which was the lowest in the country this season.

Kawsar Ali, a day-labourer from Boalmari village in Sadar Upazila, said he was unable to find any work in the town over the last three days due to the chilling cold.

Many children and elderly people have been suffering badly from various cold-related diseases, including pneumonia, diarrhea overcrowding hospitals and clinics.

Resident medical officer (RMO) at Chuadanga Sadar Hospital Dr Shamim Kabir said the number of patients in the hospital is growing every day.

“Around 40 people are taking admission to the hospital every day for the treatment of cold-related diseases,” he said.

Samadul Haque said the severe cold will persist for the next few days.

Deputy Commissioner of Chuadanga Nazrul Islam Sarkar said there is a stock of previous year’s winter clothes in godown.

“We’ve also received 20,000 winter clothes from Dhaka this time. We’ve been distributing those among poor people in four upazilas since Wednesday,” he said.

‘Criminal’ injured ‘while making bomb’ in his house

One crushed under train in Chuadanga