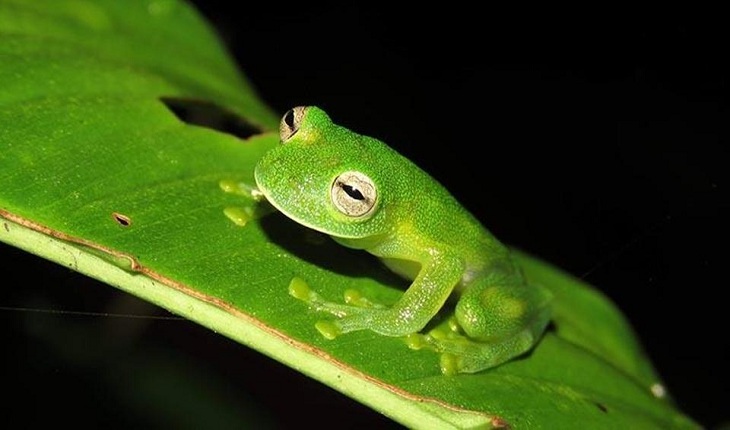 A rare species of frog with translucent skin has been seen in Bolivia for the first time in 18 years.

Three Bolivian Cochran frogs, a species of so-called "glass frogs", were spotted by conservationists earlier this month in a national park.

Glass frogs are found in Central and South America and have skin so translucent that their internal organs can be seen through their bellies.

Investigators found the frogs in Carrasco National Park, east of the city of Cochabamba, as part of a mission to rescue reptiles and amphibians whose habitat is threatened by a hydroelectric project.

"The rediscovery of this species fills us with a ray of hope for the future of the glass frogs - one of the most charismatic amphibians in the world - but also for other species," members of the team told AFP news agency.

The three frogs were taken to the K'ayra amphibian conservation centre at the Alcide d'Orbigny museum, where scientists hope to encourage them to breed.

Other famous residents of the centre include Romeo and Juliet - a pair of rare Suhuenca water frogs which scientists hope will mate.